#TuksAthletics: Fredericks quietly confident for a good race in Doha

Patience, persistence and resilience will be Cornel Fredericks’s motto in the build-up to the 2020 Olympic Games in Tokyo.
The Tuks-athlete will start his international campaign tomorrow night at the Doha Diamond League Meeting when he settles in his starting blocks to race the 400m-hurdles.
Fredericks admits to his form not being 100% what it should be, but still, he is quietly confident of improving at least on his season’s best time of 49.63s.
“Doha is one of my favourite tracks. I think it is going to be a good race as some of the best hurdlers are competing. It is guaranteed to be fast. If I can race from the front, I might surprise myself. For me, the race is the proverbial ‘icebreaker’ to see where I am at the moment.
“My main goal for the season is to dip under 49 seconds as that is what I should do if I want to be competitive in international races. The ultimate will be to represent South Africa at the 2020 Olympic Games in Tokyo. Luckily it is still two years away, so I got times to sort out the last little injury niggles that are hampering me.”
The Tuks-athlete has undoubtedly been on a rollercoaster of emotional and physical ups and downs since winning the gold medal at the 2014 Commonwealth Games in Glasgow.
A lesser athlete would have quit a long time ago, but Fredericks is not yet ready to do so. He firmly believes that he has still got quite a few good races left in his legs and the last thing he wants to do is to one day wonder what could have been.
"I owe it to myself to keep on going. The goal is to push to get as close as possible to my personal best which is 48.14s. I don’t have many years left in my career, and it is time to push for it.”
On current form, Kyron McMaster (British Virgin Islands) who won the gold medal at the Gold Coast Commonwealth Games and Abderrahman Samba (Qatar) who won in a time of 47.90s in Potchefstroom should be the favourites tomorrow night in Doha.
- Author Wilhelm de Swardt
Published by Leonore Jordaan 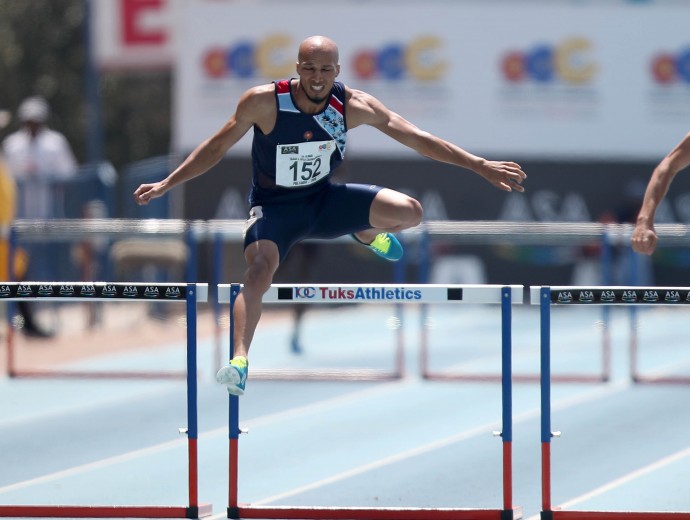