#TuksSwimming: Tuks is where the women’s breaststroke champions train

Judging by what has been happening in the last two months in swimming it would seem that Tuks has become the training ground for current and future women’s breaststroke champions.

At the Commonwealth Games, Tatjana Schoenmaker astonished everyone with her exploits winning both the 100m and 200m-breaststroke-events in African record times.

But it would seem she is not the only talented breaststroke swimmer training at Tuks. At the recent South African Senior Swimming Championships in Port Elizabeth, the 16-year-old Christin Mundell won silver medals in the 100m and 200m-breaststroke and bronze in the 50m-breaststroke. She won the 200m individual medley. More importantly is that she qualified in three events for the Youth Olympic Games

Rocco Meiring is the common denominator in both success stories as he coaches Schoenmaker and Mundell.

“I got the utmost of respect for Rocco. He looks like this big intimidating man, but he is all heart, and he is so passionate about his swimmers. He does not coach for the money or fame. Everything he does, he does for the love of swimming.

“That is why I could not help but get quite emotional when I saw Tatjana Schoenmaker won the two gold medals at the Commonwealth Games. She and Rocco so deserved the success. I can confidently say that it will not be the last time that a Tuks female swimmer medals at a major international event.”

Mundell has been coached by Meiring since she was 11 and is full of praise for the role he plays in her swimming success.

“Rocco is the most committed coach I know.  He is always there and never late.  So we can't be either.  And even if the sets are hard, he keeps us motivated.  He cares about every swimmer in his squad on both a personal and swimming level.”

According to Mundell having the privilege to train with the likes of Schoenmaker is a definite extra incentive to push that little bit harder during each session.

“What Tatjana has done for women's swimming in South Africa is invaluable.  She is an amazing role model.  We are incredibly fortunate to have her in our squad and very proud of her.  When we're training, Tatjana is just another person in our squad, so I think what I've learned most from her is that you can be super successful and also stay humble about it.”

Meiring said that a decision was made at TuksSwimming a few years ago to help lift the standard of South African women’s swimming.

“We are lucky to have Linda de Jager, who I consider to be one of the foremost women’s coaches in South Africa, also at Tuks.”

One of De Jager’s protégé’s is the 15-year-old Duné Coetzee who represented South Africa at the Commonwealth Games. At the Senior National Championships, she defended her title in the 200m-butterfly. She also won a silver medal in the 100m-butterfly and silver in the 400m-freestyle and bronze in the 800m-freestyle. Coetzee qualified in all four events for the Youth Games. 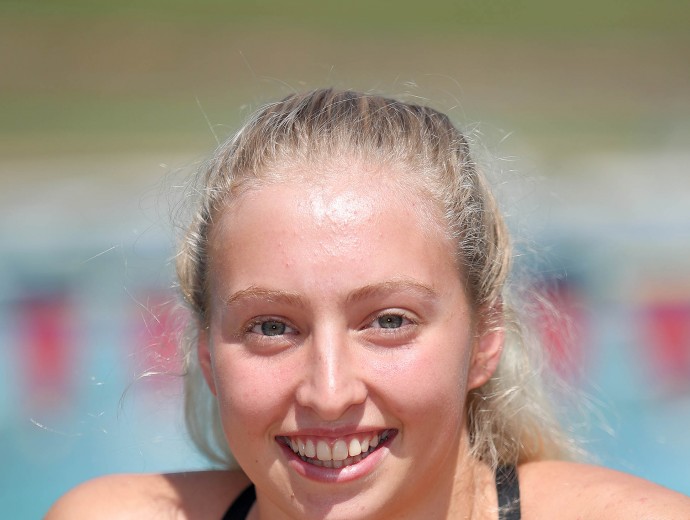