#TuksAthletics: Nel redeems herself with bronze performance at the Games

Wenda Nel did not only redeem herself by winning a bronze medal in the 400m-hurdles at the Gold Coast Commonwealth Games, but she also made South African athletics history.
The Tuks-athlete is the first South African female athlete to win a medal in the longer hurdles event at a major international competition (Olympic Games, World Championships and Commonwealth Games).
So it meant she had just reason for smiling broadly the moment her name flashed on the electronic scoreboard confirming her third-place finish. What made the moment that little bit more special was that during the 2014 Commonwealth Games Nel was disqualified in the final for a trailing leg infringement.
Janieve Russell (Jamaica) won in a time of 54.33s with Eilidh Doyle (Scotland) second in 54.80s. It was the third time the Scot finished second in the 400m-hurdles at the Commonwealth Games. Nel clocked a time of 54.96s.
Nel admitted that she had her work cut out to secure a medal place finish.
“Going over the last hurdle it felt for the moment as if I was going to crash down. Luckily I managed to recover. Over the last 50 metres, it was a case of running as never before. I was not immediately sure if I had done enough to medal. The moment I realise I had done enough to be on the podium is one that I will cherish for a long time to come."
The Tuks-athlete surprised by her aggressive approach. She was basically racing from the front the moment she got out of the starting blocks.
“The plan was to go out hard as I wanted to push my body to see what I am capable of. At the end of the day it was perhaps not my most perfect race, but I guess it does not matter, I had achieved what I set out to do.”
- Author Wilhelm de Swardt
Published by Buyi Nkonyane 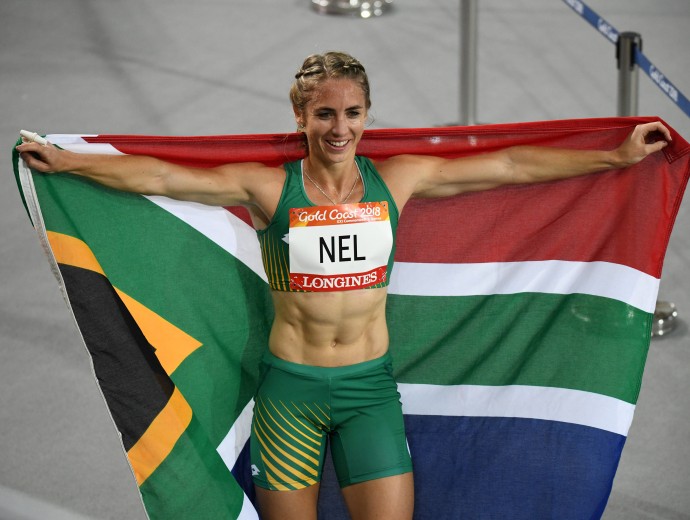