The 4x100m-relay gold medal is one that South Africa is judging by the last two years sprint results should have a realistic chance to contest for, but somehow they never really got to give it a full go at a major competition.
That is why Friday’s relay at the Gold Coast Commonwealth Games could from a South African perspective be a definite highlight.
In theory the team - Akani Simbine, Henricho Bruintjies, Anaso Jobodwana and Clarence Munyai – should have a realistic chance to win the gold medal especially since Simbine and Bruintjies’s dominant performance in the 100m taking gold and silver.
Simbine (10.03s) is currently the second fastest on the IAAF-rankings, Munyai and Bruintjies (10.10s) jointly the 6th fastest with Jobodwana ranked 24th (10.21s).
Simbine and Bruintjies were part of the relay team that set a South African record of 38.35s at the 2014 Commonwealth Games in Glasgow. However, it was only good enough for a fourth place. The last time South Africa medalled at the Commonwealth Games in the 4x100m-relay was in 2006 in Melbourne. The team finished second.
The relay is the one event in which statistics do not count for anything. It takes just one mistake in a changeover for it to be game over. The 2015 World Championships in Beijing comes to mind. South Africa’s challenge for a medal became derailed after a misunderstanding between Bruintjies and Jobodwana.
Herein probably lays South Africa’s biggest challenge for Friday. It is all good and well to have the fastest individual sprinters. The question remains whether they will be able to gel as a team. Somehow the sprinters never get a proper opportunity to train together for a relay.
Simbine was hoping that they will be able to do so this time. The Tuks-athlete is actually quite excited to run the relay.
“We got something to prove. For the last couple of years, we as sprinters have been saying if South Africa has a quality relay-team we could win a medal. In the past, it has always been a case of we could have, but we did not. Now we have the opportunity to win a medal a significant competition.
“It would be interesting to see how we compare against the likes of Jamaica, England and Canada. I am not sure which of their athletes will be doing the relay, but I think we got the best team. It is just a question of making no mistakes.”
Asked what he would consider being South Africa’s best relay-team, the Tuks-athlete said barring injuries his dream team will be: Bruintjies, Wayde van Niekerk, Munyai and himself.
Werner Prinsloo who coaches Simbine said if he had any say for the relay team competing on Friday and hopefully Saturday he would get Bruintjies to start giving over to Munyai then Jobodwana, with Simbine sprinting for the line.
Barring any mistakes, Prinsloo is of the opinion that the team can dip under 38 seconds.
- Author Wilhelm de Swardt
Published by Leonore Jordaan 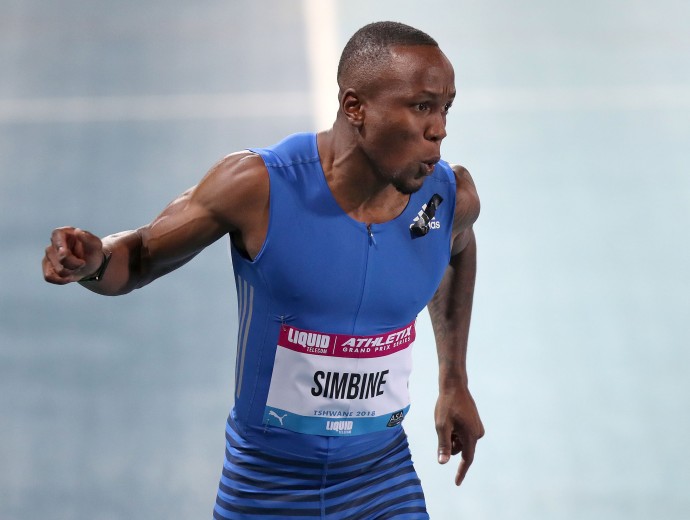