The South African 400m-hurdles champion, Wenda Nel, had no problem in qualifying this morning for the final at the Gold Coast Commonwealth Games.
Clarence Munyai and Anaso Jobodwana also did not break any real sweat in their respective races to book their spot in tomorrow’s 200m semi-finals.
Unfortunately, things did not work out for South Africa’s two male 400m-hurdles athletes. Both LJ van Zyl and Constant Pretorius were not fast enough to secure their place in the final.
Nel finished second in her heat running a season’s best time of 54.61s. Afterwards, she said that if she did not slow down, she possibly could have improved on her best time of 54.37s.
“But then again my only goal was to qualify for the final. I have learned not to have any regrets about what could have been. I had fun running kind of blind being in the outside lane. I knew the girls were going to go out fast, so I had to adjust my race plan a bit.
“The wind was with us in the back straight. I realised that I was running perhaps a bit too fast, so I held back slightly. I ran a good last bend and managed to get my stride pattern right going over the last two hurdles.”
The Tuks athlete who got disqualified in the final of the 2014 Commonwealth Games hesitant to talk about a possible outcome in the final.
“From experience, I have learned that a Games like this can turn out to be a big leveller. Being a pre-race favourite count for absolutely nothing as so often it is the underdogs who cause a major upset. That is why I am glad to have made it to the final.”
Munyai won his 200m heat in a time of 20.95s. The Tuks athlete said he was on “cruise control”.
“I just wanted to see where my body is at the moment. Hopefully, I will be able to run a faster time in the semi-finals.”
Hennie Kriel (Tuks/HPC coach) is confident that Munyai who stunned everybody during the South African Championships running 19.69s in the 200m will be able to get another good result.
“Clarence is in great shape. We had a few low key sessions since he arrived here. The hard work was done on the Tuks track. Now that he is through to the semi-final we will prepare Clarence to be mentally tough for when he races.”
Jobodwana won his heat in 20.89s.
“I was slightly worried lining up to race as it felt that something might be wrong with my hamstring. That is why I did not push too hard during the race. The good news is that my hamstring seems to be fine. I did not feel it at all during the race,” said the Tuks athlete.
- Author Wilhelm de Swardt
Published by Leonore Jordaan 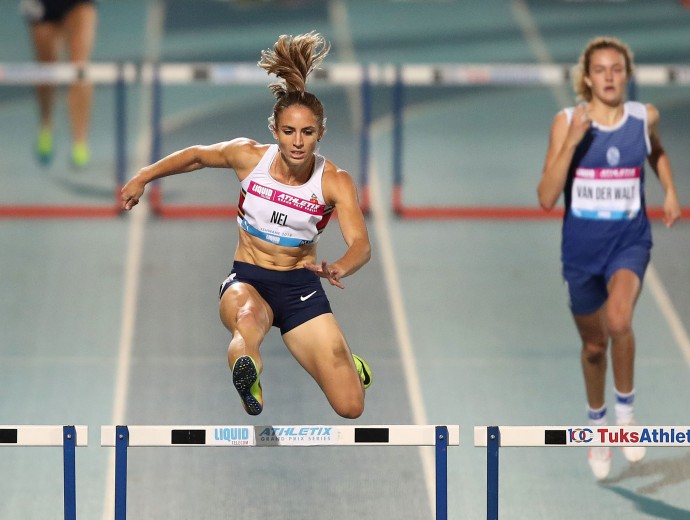