Akani Simbine had no problems to qualify for the Gold Coast Commonwealth Games 100m final.

The Tuks-athlete was not quite as fast out of his starting blocks as he would have liked in his semi-final, but he made up for it with his top end speed to finish second in a time of 10.12s. It was the fourth fastest time.

Yohan Blake (Jamaica) was the fastest in the semi-finals running 10.06s. Kemar Hyman (Cayman Islands) ran 10.10s and Adam Gemili (England) 10.11s. Henricho Bruintjies is the other South African sprinter to qualify for the final having run 10.26s.

Simbine is satisfied with how his race played out.

“The semi-final was all about getting the job done which was to qualify for the final. The most important thing was not to waste more energy than what was needed as you don’t want to end up racing the final being tired. I am confident of having a good race tomorrow. It is going to be exciting,” said the Tuks sprinter.

Simbine indicated that one the things that will motivate him when settles in his starting blocks during the final would be to make his coach, Werner Prinsloo, happy.

“I always try and do my best to make my coach’s job a bit easier as I realise there is a lot of pressure on him if I don’t perform. So I want to get the result that will make him smile. I am happy with where I am at the moment as a sprinter as I feel in great shape. I know that I am capable of dropping a sub ten second time any time I need to do so.”

The South African champion, Orazio Cremona, qualified for shotput final throwing 19.24m with his first and only attempt.

“Today’s throw was OK. It was not great by any means. Actually, it is my worst of the season. The ball slipped out of my hand so I could not properly connect. But I am in the final, and it was all I wanted. I am happy with how I threw during the warm-up.

“Tomorrow’s final is not going to be easy. I think it is going to be more intense than it was four years ago in Glasgow,” said the Tuks-athlete who was fourth in 2014.

Things did not go according to plan for South Africa’s two race walkers in the 20km race-walk. Lebogang Shange finished 9th in 1:23:27. Wayne Snyman who was lapped by the race leaders was 14th in 1:28:09. 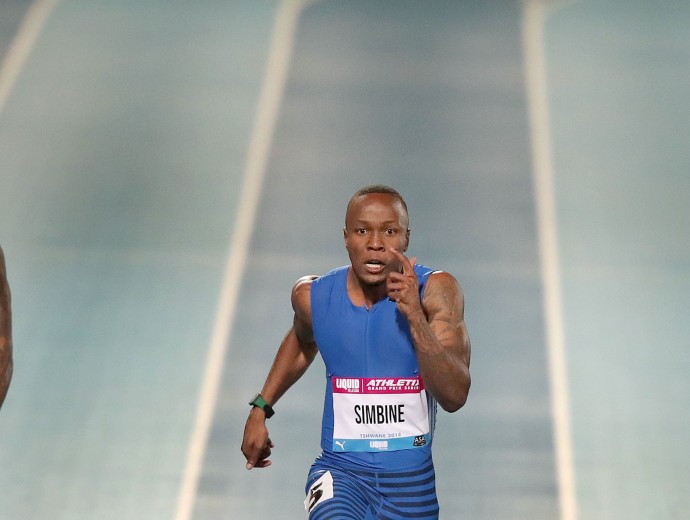