For four days in July Van Leeuwen was "man down".  There were times when it apparently felt like a fat person was sitting on his chest, making it difficult for him to breathe. The one thing that kept him going was his passion for golf. After a week, all he wanted to do was to big back at the TuksGolf range helping players to better their game.

"I first coached George when he was 14. I helped him to win the South African Amateur Championships and his first professional tournament. Soon afterwards our ways parted. It was only three years ago that George had approached me to help him again," Van Leeuwen explained.

It is possibly one of the best decisions Coetzee ever made. Winning the European Tour's Portuguese Masters Tournament was big for him. It was the first time that he won in Europe.

Coetzee has actually been on a roll over the last four weeks. Apart from his victory in Portugal he has also won the Titleist Championships in Pretoria and improved his international ranking by more than 80 positions. He is currently ranked 85th.

He is currently playing the Open de Portugal at Royal Obidos. After the first round, he was tied eighth.

Van Leeuwen tends to play down his role in Coetzee's success.

"George likes to run ideas past me. I would tell him to go ahead or to reconsider."

But there is more to it—the Tuks coach considered to be one of the best when the technical aspects of the game. In 2015 he was voted the PGA of South Africa's Teaching Professional of the Year.

Many would go as far as to say Van Leeuwen is the "Master of Swing". That is one aspect of Coetzee's game that tends to let him down at crucial moments. Van Leeuwen still remembers what happened a few years back.

"I had only started to coach George again when he played the Portuguese Masters. On the last day, he was second with one hole to play. He mistimed his swing. The ball twice landed in the water. George ended up playing seven shots.

"The past Sunday on the same hole George played it beautifully. The ball landed perfectly in the middle of the fairway. It was possibly one of the best T-shots he ever played. It was a mental victory.

"To me, it was if three years of hard work all came together. That is what makes coaching rewarding."

As a youngster, Van Leeuwen was considered to be exceptionally talented. Unfortunately, he got hit by a cricket ball in the eye while at school. He suffered a detached retina that affected his vision. It put an end to his plans to play golf competitively. It led to him starting to coach. 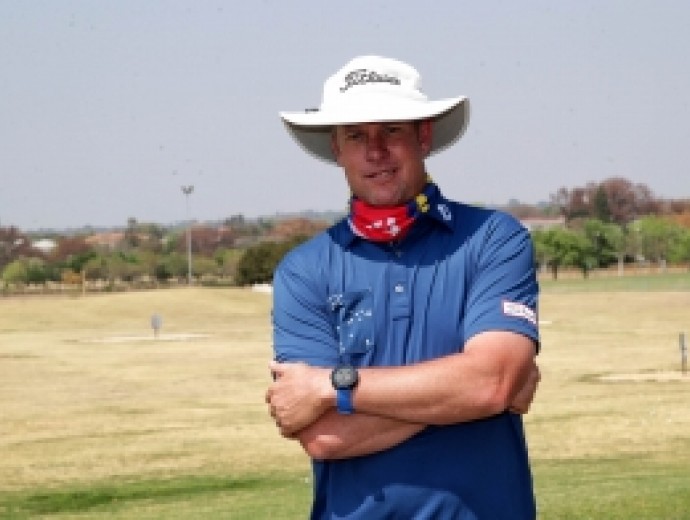