#TuksGolf: SA trio have work to do at Eisenhower

South Africa will have to pull out all the stops in Friday’s second round at Carton House Golf Club to catch up to Eisenhower Trophy leaders Denmark in the World Amateur Team Championship in Ireland.
The host union delighted the home crowd with the early lead at 10-under on Thursday, but John Axelsen and Rasmus Hojgaard from Denmark shot respective rounds of 64 and 68 at the par-72 Montgomerie Course to grab the first round lead on 12-under-par 132.
Team South Africa posted an opening a one-under-par 143.
Matt Saulez produced a two-under 70 and Wilco Nienaber carded 73 at the Montgomerie Course to secure a share of 30th with Venezuela, Colombia and Germany.
Malcolm Mitchell, who replaced the injured Jovan Rebula, returned a non-counting 78.
“We are obviously disappointed not to be a little closer to the top,” said GolfRSA Manager Golf Operations Eden Thompson. “After a hectic start to the day the guys really tried, but conditions just were not easy. The morning field teed off in sublime conditions, but the breeze kicked up in the afternoon and temperatures dropped quite a bit.
“The guys had to knuckle down and grind to the end as conditions in the afternoon changed. They had to deal with a two-club wind, which was just strong enough to punish anything but a perfect strike.
“The team spent time fine-tuning their games after the round. They are well aware that they will need to take full advantage of the O’Meara Course on Friday, which normally is a scorers’ paradise.
“We will have to get some birdies on the cards to move into a stronger position for the weekend, but the silver lining is that the weather forecast does appear to be in our favour, with rain predicted in the morning and sunny weather for the afternoon.”
South Africa’s number two-ranked Saulez turned one-under with birdies at two and nine, but was two over through 13. The Durban Country Club golfer reeled in further birdies at 15 and 16 before finishing off in style with an eagle.
Nienaber made a double bogey start and turned one-over, but the Free State golfer was solid on the back nine, countering a bogey at 10 with a birdie at 13 for a level-par loop.
Mitchell had to fly overnight to Ireland after a back injury forced Rebula to withdraw on the eve of the championship.
Due to a delayed flight out of South Africa, he missed his Heathrow connection and the Kloof golfer had to hit the ground running when he finally made it to Carton House. He played the course in loops of 37 and 40.
India and Switzerland shared third place at nine-under, followed by New Zealand and Japan in fifth on seven-under and Thailand, Spain, England, Portugal and Republic of Korea tied for seventh on six-under. Defending champions Australia were tied for 23rd at three-under.
A total of 72 teams lined up at Carton House Golf Club for the Eisenhower Trophy. The last host nation to win the Eisenhower Trophy was the USA at Pinehurst Resort & Country Club in 1980. Only 10 countries have won gold – USA: 15, Australia and Great Britain and Ireland: 4, Canada, Sweden, Japan, New Zealand, France, Netherlands and Scotland 1.
- Author Written and released by Lali Stander on behalf of GolfRSA.
Share this page
Published by Leonore Jordaan 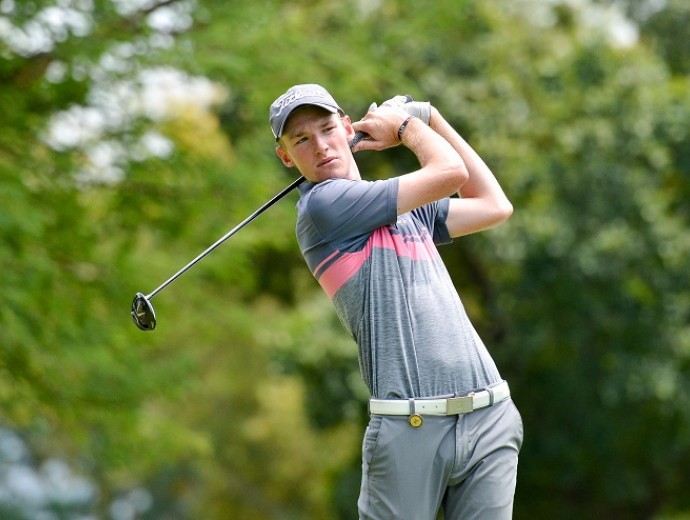