Pieter Moolman says losing his Sunshine Tour card at the end of the 2015 season taught him some valuable lessons and having regained his playing privileges via qualifying school earlier this year, he returns an improved player.

“I learnt a lot after I lost the card,” Moolman said about the steps he took to bounce back. “Llewelyn van Leeuwen got me to swing very well. We are still working on my short game trying to sort out small things with my putting. The whole HPC (High-Performance Centre at TUKS) team helped me to play consistently.”

He began working with Van Leeuwen in August of 2016, he said, after going through a rough patch on the Big Easy Tour where he still had playing privileges.

Now, after a string of consistent results this season to justify all the hard work, Moolman’s confidence is back at a level that actually wins people championships.

“Yes, I have been playing well and consistent,” he noted, “I have found that when my putter gets hotter, I get in contention. I am hitting the ball pretty well. So, I must say Llewelyn and them, they did really well to teach me to swing consistency and not hitting into trouble. That makes me comfortable all over the ball.”

Sitting 17th on the Order of Merit, the Benoni Lake Golf Club member is happy with the progress he has made but has loftier ambitions going forward. “I am pleased,” he said, “there is still a couple of tournaments to play. I am looking forward to the big ones and if you play nice there you can make a massive move.
“My eyes were set on the Big Easy, but I feel the game is a lot better than that. I think I can compete and actually win a trophy on the main tour. So, I would like to win one. I am going to try and finish in the top-10 this season.”

He is justified for aiming that high up in his first full season on the main Tour, following his three-year absence. In the 12 events played up to this point, Moolman has missed the cut three times while failing to qualify for two tournaments. The upside, however, is that he already has two top-five finishes, a top 15 and top 10 placings this season.

He is set to tee it up at the Vodacom Origins of Golf Selborne this week and has every opportunity to better his standing on the Order of Merit, or better yet, win his maiden Sunshine Tour title. 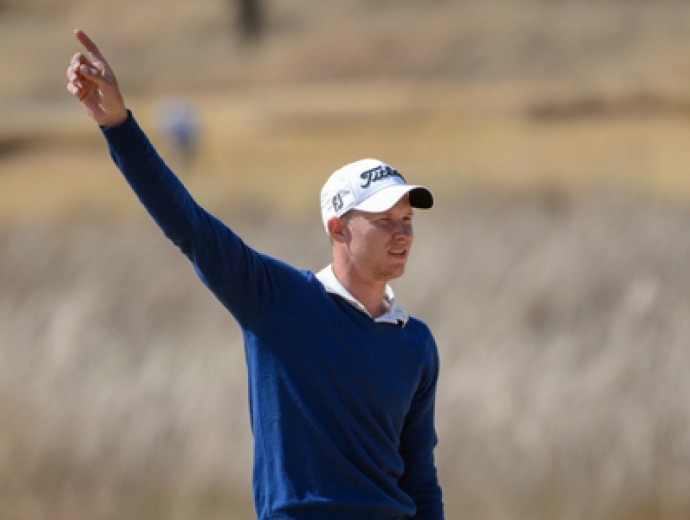