Louis Albertse might not be the most experienced professional player on the Sunshine Tour at the moment, but he makes up for it by having an old head on young shoulders.

Once he starts talking golf, it is clear that he is really passionate about his chosen profession. It is as if he can’t help himself. When the 21-year-old from the HPC TuksGolf Academy wants to emphasise something he often resorts to using a quote from former golfing greats like Jack Nicklaus.

One of Nicklaus favourite sayings was: “Sometimes the biggest problem is in your head. You have got to believe you can play a shot instead of wondering where your next bad shot is coming from.”

It is something Albertse will take to heart next week when he tees off next week in the Sun Royal Swazi Challenge. It is only the seventh time that he will be competing in a Sunshine Tour event. He clinched his card for the Sunshine Tour in March with a third-place finish in the 90-hole Qualifying School. His best performance to date was finishing 18th during the Zanaco Zambia Masters Tournament. Last week he was 33rd in the KCB Karen Masters in Kenya.

“It is not possible to play the perfect 18 holes all the time. You are bound to make mistakes, but it how you handle a double bogey for example that will determine whether you make the cut or get a good finish.

“From experience, I have learned that the biggest mistake I can make is to overthink things when playing a bad shot. Let it be as you can’t undo it. Rather focus on how you are going to play your next shot. Once you lose your cool, you are done. My strength as a golfer is that I am mentally tough. I am able to play through a bad patch and to remain focus when I am playing good golf.”

According to Albertse, he decided to turn pro because he has achieved most of the goals he set himself as an amateur golfer.

“I wanted to win a few tournaments as an amateur. I did so. Definite highlights were winning the Mpumalanga Open and the Northern Amateur Open Championships. Another goal was to make sure I ranked in the top ten in South Africa. My best ranking was 7th.

“The only goal I had not achieved was to represent South Africa, but I reason that there is no guarantee that I would have ever done so, so why continue playing amateur golf. I believe that the experience I am now gaining as a professional player will stand me in good stead in three years from now.”

Albertse said the switch from amateur to professional golf was not really that difficult.

“A good score remains a good score. What is more difficult is making the cut as a professional golfer. During an amateur tournament, there might be 30 players who have got a realistic chance to win while in professional golf 80% of the players can win. So my immediate challenge is to try and make the cut every time I play.

“The best decision I made was to join the HPC TuksGolf Academy four years ago. Through Llewellyn van Leeuwen guidance my swing keeps on improving. I see the Academy as one stop to success as there is a whole team of experts who are there to help.

"For example, the sports psychologist told me that I should never look at the end goal because then you miss vital steps. Set yourself routines and have a process to fall back on when the going gets tough.” 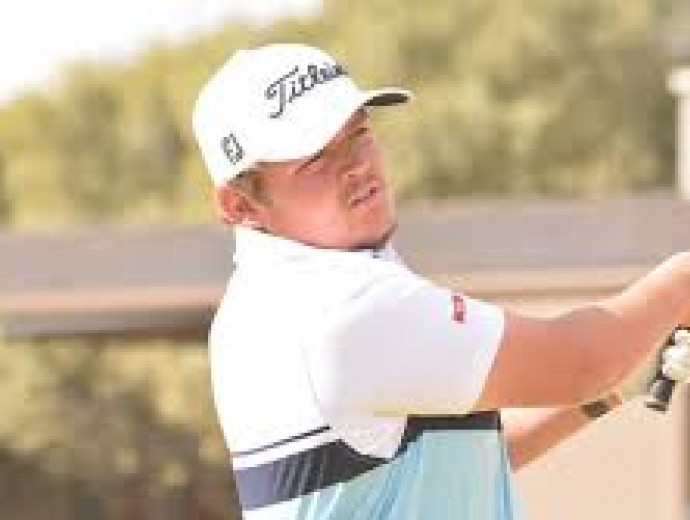