#TuksFencing: Janali van den Berg is excited about the opportunity to contest at the 2022 World Fencing Champs in Egypt

There is a good reason for that. The dentist doing her hospital year in Modimolle is an avid fencer. When a referee utters these words to start a fencing duel, it is as if she goes into the "zone". For those five or 15 minutes, an encounter might last only thing that matters. It is to outscore her opponent.

Next month in Cairo, Egypt, the Tuks fencer will represent South Africa at the 68th World Fencing Championships. Due to the COVID-19 pandemic, it will only be the second time in four years, that she gets to test her skills against international opponents.

This past weekend, van den Berg competed at the 2022 African Fencing Championships in Casablanca, Morocco. It was the 20th edition of the continental championship.

"As I had no ranking points, I was grouped to duel it out with some of Africa's best from the start. It made it challenging as fencing is an intense sport. Every bout requires utter focus. You face two challenges. The first is to think of the different ways your opponent might attack you, and then you have to determine how you will counter. It can boil down to a new challenge every second. That is why fencing is often compared to 'physical chess'," is the way Van den Berg explains her passion for the sport.

The Tuks fencer surprised herself by qualifying to duel it out in the last 16 of the women's epee category. She ended up finishing 15th overall after losing her bout against Shirwit Gaber of Egypt, who went on to win a silver medal.

Van den Berg is under no illusions about what she has to do in the build-up to the upcoming World Championships.

"During the African Champs, my technique and skills were on par with most of my opponents. What I realised is that I got to work on my mental strength. For me, it means meditating and doing 'ghost fencing' in my mind to get peace of mind.

"My goal at the World Championships will be to survive the pool bouts and qualify to compete for the next day in the elimination rounds.

"I miss having my dad, Johan, on the stands when I compete. The African Champs was the first time I have competed internationally without him being there.

"My dad was the one who made me realise that nothing is impossible, but you need to be prepared to do the hard work. For him, it always had been about practice, practice, and more practice, as well as toughness and grit. His dedication did pay off. He won a silver medal at the World Masters pentathlon.

"One of my special memories is of him and me competing together during the 2018 Commonwealth Senior and Veteran Fencing Championship in Canberra."

Johan van den Berg was the Chairman of the TuksFencing Club. He died in a car accident in 2019. 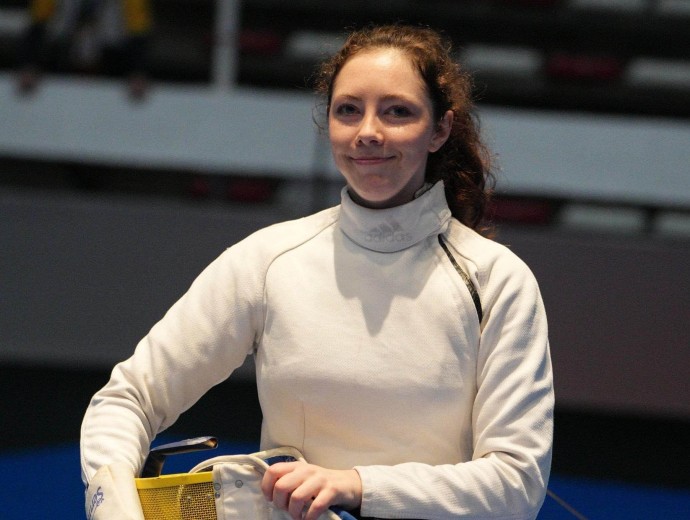