#TuksSport: The Tuks athletes aim to make their mark in history during the Tokyo 2020 Olympics

A total of 25 athletes from the University of Pretoria (UP) and six alumni are participating in the 2020 Tokyo Olympics from Saturday.

In addition to the competing athletes, eight TuksSport coaches will be in Tokyo to provide advice to the athletes, along with a Tuks referee to ensure the contests are fair.

Sprinter Akani Simbine and swimmer Tatjana Schoenmaker, who are alumni of the university, are tipped to make South African sporting history during the Games. Simbine aims to become the first South African sprinter to win a medal in the 100 metres since Reggie Walker at the 1908 London Olympics.

In the history of South African athletics, only five sprinters have competed in a 100m-final at the Olympics. Simbine did so in 2016 in Rio. He finished fifth in a time of 9.94s.

Just over two weeks ago, he won the short sprint, running 9.84s in Hungary. Only Trayvon Bromell (USA) has been faster this season, clocking a time of 9.77s in June in Florida.

It was during the Monaco Diamond League Meeting, where Simbine finished second, running a time of 9.98s, that he genuinely proved that he could gain a medal in Tokyo.

Swimming legend Penny Heyns, who won medals in the 1996 and 2000 Olympics, is banking on the Tuks swimmer Tatjana Schoenmaker to bring home medals.

“I am impressed by Tatjana’s recent performances. I think she has a realistic chance to medal at the Games. The only unanswered question is what the colour of the medal might be. To me, it is exciting that she is also a breaststroker," said Heyns.

Schoenmaker is tipped to medal in the 200m-breaststroke. The Africa record (2:20.17) she set in April is the fastest time this season. She won a silver medal during the 2019 World Championships.

There is also a real chance that South Africa could bring home a medal in the 4x100m-relay. This is because the team won gold during the World Relay Championships. Tuks sprinters Simbine, Gift Leotlela and Clarence Munyai, comprised ¾ of the team.

UP Vice-Chancellor and Principal Professor Tawana Kupe wished the team well at the Olympics: “As Captain of the UP ship, I am extremely proud of the athletes, coaches, current students and alumni who will fly the South African flag in Tokyo. The Olympic Games are the ultimate showcase of sporting excellence and for UP to be well represented in this manner highlights our sporting excellence and strides taken in edging closer to being a global sporting powerhouse.”

He advised the Tuks Olympians to remember that winning and losing go hand-in-hand.

"If you lose, don't give up. Instead, it is essential to reflect on what went wrong. Learn from your mistakes. And when you win, try and understand what made you a winner. Athletes should also remember that you are only as good as your last contest. The challenge is always to be better tomorrow than you were today,” he said.

TuksSport Director and Acting CEO of the High-Performance Centre Steven Ball said, “We are extremely proud of the resilience shown by our #StripeGeneration. Our athletes have risen to the occasion and shown excellence in qualifying to represent our country at the Olympic Games. In a time when the nation can feel quite hopeless, we truly believe that these Olympians can provide hope. We know that they will do everything in their power to represent themselves, their families, the university and  especially our country to the best of their abilities.”

He urged the UP community to support the university’s athletes and coaches and more importantly the entire Team SA: “They deserve our support as we look to each of them for inspiration, as beacons of hope to us all, that through hard work, dedication, resilience and unwavering focus, we can all achieve something great.

Let us as the UP community follow the TuksSport and Team SA social media platforms for updates and results on how Team SA performs and how our #StripeGeneration #Elevate2Greatness.” 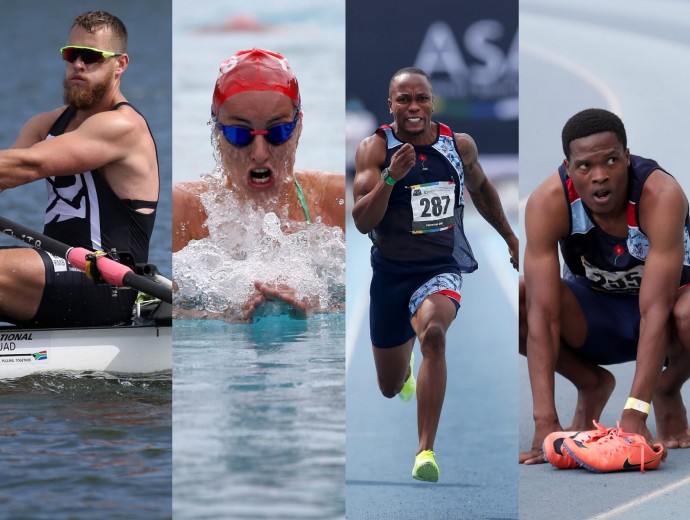