#TuksFencing: Andrei Kovrijnykh has established himself as one of the best fencing referees in the world

The world's best fencers tend to get focussed the moment. Andrei Kovrijnykh, TuksFencing head coach, says "en-garde" as no one wants to make a mistake when one of the most respected referees watches your every move.

He is undoubtedly one of the best. At the end of last year, he was rated one of the world's top three referees.

And with good reason. Since 2017 Kovrijnykh refereed at two World Championships (Junior and Senior) and five World Cup Tournaments. He also officiated as a neutral referee during the 2016 European Championships. Needless to say, the Tuks coach shared the strip during finals with some of the best. Never once did his lose his calm. Being unbiased has become second nature to him.

Throughout all of this, he realised again that to be competitive in fencing bouts boils down to one thing and one thing only and that is dedication. He had learned it himself when he was a youngster in Russia with dreams of being a fencing champion.

"Fencing is a challenging sport. Not only do you have to be physically fit but also mentally. Everything happens so fast, and you got milliseconds to make decisions. If you make one mistake, you will pay for it."

Through hard work, Kovrijnykh mastered the art of limiting his mistakes. It led to him being ranked as one of Russia's top five best junior fencers. His days as a competitive fencer, however, came to an end when he finished school.

"I went to Moscow to study physical education. That is when I started coaching."

An invite in 1998 by another Russian coach to come to South Africa to coach changed his life. For TuksFencing, it turned out to be a blessing in disguise. The club was on the verge of closing down after its German coach, Pauli Hentschl, resigned.

"When I started at Tuks in 2003, there were only three fencers, but over the years we have managed to buildup our membership again and established Tuks as one of the foremost clubs in South Africa."

It is something Kovrijnykh is quite proud of.

Over the last 70 years, TuksFencing has developed a tradition as the club where good fencers become Olympians. Up to now, 18 South African fencers have competed at the Olympics. Eight of them were from Tuks.

Kovrijnykh readily admits that it might be some time before a Tuks fencer gets to do so again. Having said that he hastily admits that nothing is impossible.

He rates the young Tuks fencer, Christiaan Bester, who finished 12th at the 2019 Junior World Championships as someone to watch. According to him, Bester has what it takes to hold his own against the best, but he needs regular opportunities to compete internationally. 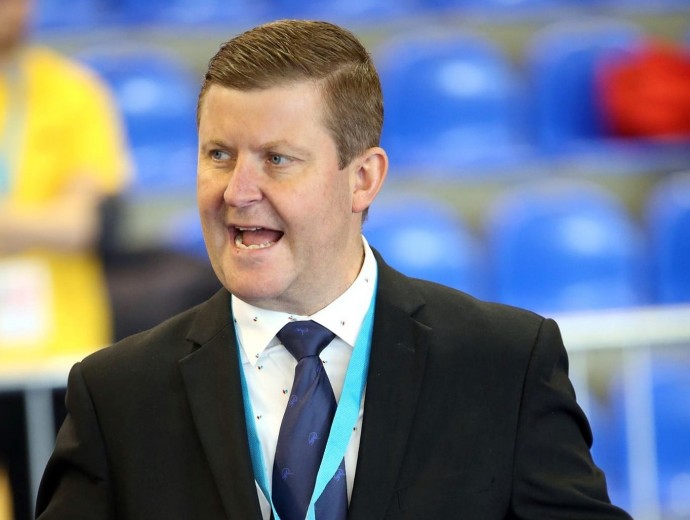