#TuksFencing: Jason Visser, Tuks fencer loves the challenge of thinking on his feet

Many might believe you can't do much in a mere millisecond, but in fencing, it is all it takes to win or lose a contest.

The Tuks fencer, Jason Visser, who won gold over the weekend during a Gauteng Tournament, can vouch for it. The challenge to make decisions in milliseconds is why he took up the sport. Currently, he is South Africa's top-ranked epee fencer in the under-17 category.

His skills are undoubtedly going to be tested over the next few weeks. This weekend he is competing in a national tournament in Cape Town, and at the end of the month, he will represent South Africa at the African Championships in Ghana.

Being a firm believer in doing things his way is why he took up fencing.

"I am not one for team sports. I started fencing when I was in Grade One. It did not take long for me to take a liking to it," explains the Tuks fencer.

"When I put on my mask, it is only me and my 'sword'. Nothing else matters. Those few minutes, while I am duelling with an opponent, rids me of all my frustrations. My only focus is to spot a weakness in my opponent's defence and score.

"Some might perceive that fencing is only about stabbing and slashing with your 'sword', but to excel requires a lot more. During a duel, there is never a moment that you are standing still. You are on your toes all the time. Moving forwards and backwards, sometimes even sidewards.

"Throughout this, you are continuously analyzing what is happening thinking of ways to outfox your opponent. Everything happens at speed. You got to be ready to strike that mere millisecond your opponent drops his guard. There is no guarantee that you are going to get a second opportunity."

According to Visser to be a genuinely competitive fencer takes a lot of dedication. Apart from having to master the finer intricacies of the sport, it would help if you were fit. That is why he regularly goes for a run and train in the gym.

International studies have shown that kids who take up fencing from a young age tend to excel in maths. Visser who is Grade 10-learner at Pretoria Boys High can't outright say there is truth in the findings.

"I do average 90% in maths but might be because I inherited some of my dad's genes. I, however, think fencing can attribute to helping one excel in maths as the sport forces you to be very analytical the way you think. You got to be able to find 'solutions' to a problem in a split second."

TuksFencing will be hosting a high school fencing league this year.

Johan Visser (TuksFencing chairman) said fencing is currently a fast-growing sport. He hopes that by the end of the year there will be more than 100 competitive fencers at the club. 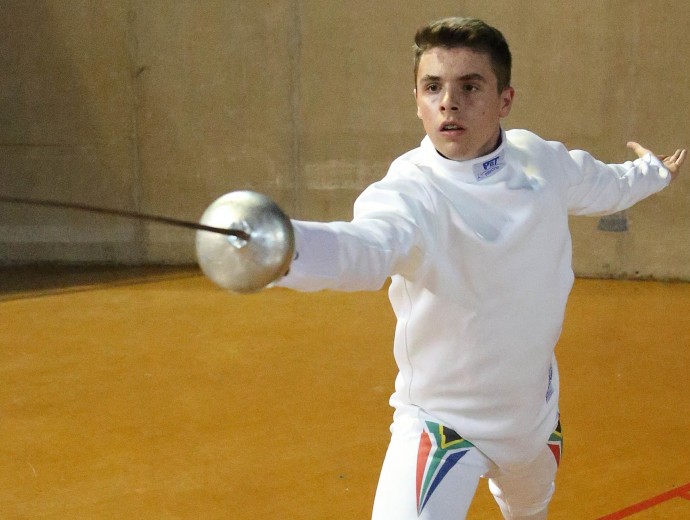