The 17-year old Tuks fencer, Christiaan Bester, impressed over the weekend with his 12th place finish during the World Junior and Cadet Championships in Torun, Poland.
His hopes of winning a medal in the cadet épée-category (under-18) was ended by the number one seeded, Akseli Heinamaa (Finland) in the round of sixteen.
However, the South African had ample reason to be satisfied with his performance. Heinamaa had his work cut out to beat the Tuks fencer. The final score of their bout was 15-10. Bester was victorious in his first three matches.  144 fencers were competing.
During last year’s World Championships Bester finished 38th. He credited his improvement to a mindset change.
“I believe South Africans have what it takes. We just need to do what we can with what we have and not look for excuses or make comparisons.
"Talent alone is never going to be the be-all and end-all when it comes to winning or losing. During any match, there is a moment when it all boils down to who wants it most.
“My only goal was to be the best I can be at the World Championships. What helped is my passion for fencing and the belief I have in my abilities. It gave me the confidence to every time that I walked out on that ‘strip’ there is no reason why I cannot win.”
According to him, it is easy to get addicted to a sport where self-focus is of the utmost importance and whatever happens, depends on one’s moves.
Bester’s sister, Natania, who also competed at the World Championships, unfortunately, did not progress past the first round of the junior women’s under-20 épée competition.
- Author Wilhelm de Swardt
Share this page
Published by Leonore Jordaan 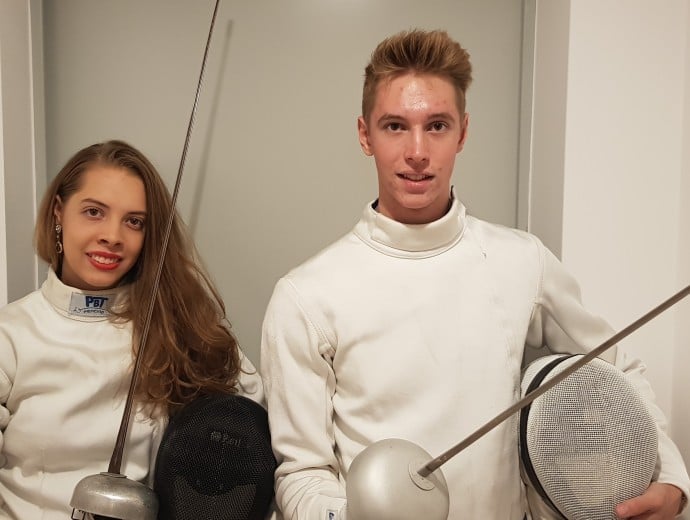