#TuksFencing: Fencers set their sights to medal at the World Championships

Two Tuks fencers, Christiaan and Natania Bester, are on a quest to do what only one South African fencer has been able to achieve and that is to win a medal at a World Championship Tournament.

The Bester siblings are representing South Africa at the World Junior and Cadet Championships in Torun, Poland (6-14 April).

The only time a South African fencer medalled at a World Championships was apparently in 1963. Brunhilde Berger placed second at the World Under-20 Championship Tournament.

Christiaan Bester is undoubtedly one of the rising stars of South African fencing. His results over the past two years at the African Junior and Cadet Championships speak for themselves. He has won no less than five medals, including a gold medal.

Last year in Italy he got his first opportunity to represent South Africa at a world championship. The Tuks fencer finished 63rd out of 200 participants in the junior men’s Epee-competition and was 38th out of 151 participants in the cadet category. Afterwards, he was realistic as to what happened.

“It was a much-needed reality check. One of the important things I have learned is that being a top fencer in Africa is fine, but you cannot afford to fall into a comfort zone,” explained Bester who has set his sights on winning a medal in the cadet-category (under-17). It is the last time that he will be competing as a cadet.

“When I walk onto that strip there is no reason why I cannot win. There were some ups and downs during the past few months, but I worked hard and had great training partners. I am certainly more confident than last year.”

Bester takes his inspiration from Dale Wimbrow’s poem “The Guy in the Glass” in which it is emphasised that no matter what you do there is only one person you need to satisfy, and that is the one staring back at you from the mirror.

Due to financial constraints, Christiaan and his sister did not get to compete at the African Championships this year. Luckily Tuks head coach, Andrei Kovrijnnykh arranged for them to train in Poland to expose them to different fencing styles and techniques.

One of the challenges facing South African fencers is that they inevitably compete against the same opponents in local competitions. It can lead to complacency as they get to know their opponents so well that they can anticipate their every move.

For the next few days, the Bester siblings will get to meet and interact with Rubén Limardo, the Venezuelan epée fencer who won gold during the 2012 Olympic Games in London. He will be advising them about the finer intricacies that are needed to become a champion fencer.

As part of their preparation for the world championships, the Bester’s also had the opportunity to train with Daneil and Rachael Steenkamp, who are two of the best fencers that South Africa has ever produced.

When asked about her goals Natania Bester answered: “Obviously I want to win a medal, but I’ll be more than happy if I fence well. I have worked hard over the last couple of years and am more passionate about the sport than ever before.”

She is competing in the under-20 category. 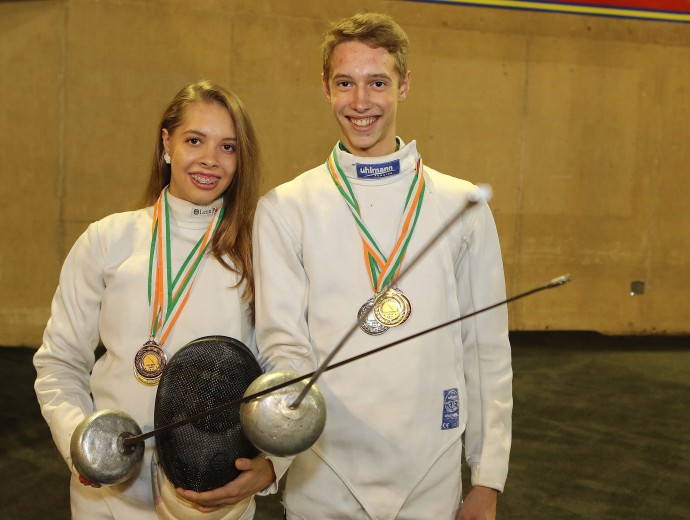