The infamous exploits of the “Three Musketeers” and other Hollywood sword-wielding heroes are the reason why Husna Moosa and Sharon Odegoke decided to take up fencing.
The UP-Tuks engineering students readily admit to being mesmerised every time they get to watch their heroes ceaselessly fight their way out of any scenario with a sword in hand. To top it all, they make it seem like fun. No matter how hectic life to death duels tend to get somehow, they always find time for some witty chirp.
The final clincher for them was when they saw an article in the Perdeby encouraging students to take up fencing as a sport. The net result is that the two of them are representing UP-Tuks this week at the USSA Tournament at Wits.
“When reading about history, it seems if sword fighting played an integral part in the outcome especially during the earlier prophetic times. Fencing is the closest activity that allows me to practise sword fighting as in the history of Islam. Which is my religion,” explained Moosa.
“I played tennis and did a bit of archery before taking up fencing. What excites me is that archery and fencing allow for a sense of concentration not offered with other sports.
“I feel that fencing not only trains me physically. Mentally it helps to increase my focus and to control my 'anger' as well as helping to improve my reflexes every time I try to score points during a bout. It also teaches me character. Fencing is all about mutual respect no matter the situation.
“During a fencing bout, I tend to forget about everything else going in my life. My only intentions are to give my best which leads to a cleansing of the mind. I would love to excel in fencing and perhaps one day compete at the Olympics but for the moment I see it as an enjoyable accompaniment to the busy degree I am studying.”
Odegoke likes the pace at which things tend to happen during a duel.
“Everything is fast. Not only do you have to be quick on your feet but you got to be focused all the time. That one moment’s lapsed concentration easily can turn out to be costly. I found that in fencing you got to be able to make decisions in mere seconds. It boils down to trying to decide what move you are going to make while at the same time trying to work how to counter,” explained the UP-Tuks electrical engineering student.
- Author Wilhelm de Swardt
Share this page
Published by Leonore Jordaan 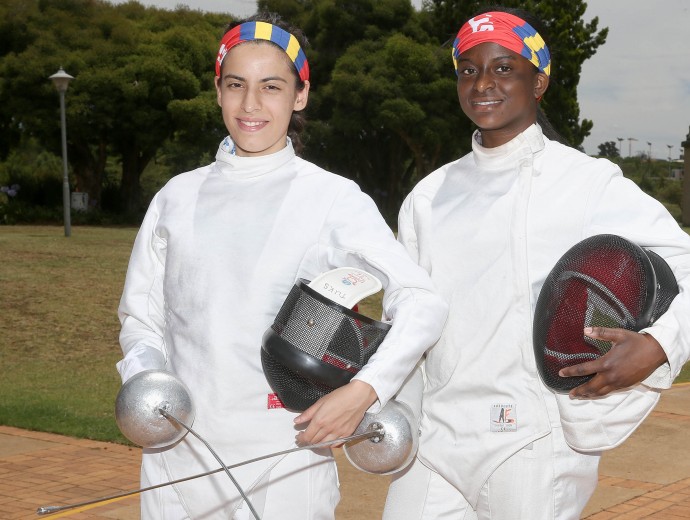