#TuksFencing: Bester is down but not out after the World Fencing Championships

Not getting the results he was hoping for at the World Fencing Championships held in Verona, Italy has made Christiaan Bester hungrier than ever to succeed.
The Tuks fencer finished 63rd out of 200 participants in the junior men’s Epee-competition and was 38th out of 151 participants in the cadet-category. The South Africans impressed in the junior men’s competition beating Switzerland and Germany to finish 15th.
According to Bester getting the opportunity to compete at his first World Championships gave him a new perspective.
“My participation was a much-needed reality check. One of the important things I have learned is that being a top fencer in Africa is fine, but you cannot afford to fall in a comfort zone,” said Bester.
In March he won a silver medal in the Cadet-category (under-18), bronze in the Junior-category (under-20) and then teamed up to take silver in the epee team competition in March at the African Junior Championships.
“Initially I was devastated with my performance. I thought I could do better and that I have let South Africa down. But I had to be fair to myself. It was the first time I competed at a world championship. The one positive I can take from my participation is that I know where things went wrong and what I need to work on to be more competitive the next time I get to compete at a major event. I realise now that there is no reason why we as South African fencers can’t beat the world’s best. All it will take is hard work and dedication.  And I am prepared to do it.”
Bester full well knows he will get to experience a few more disappointments before he gets to fulfil his real potential as fencer but his up to challenge.
There is a reason why one of his favourite movies is “Chasing Mavericks”. It is about surfers. One of Bester’s favourite scenes is where one of the characters explains why he loves trying to ride the big waves. He watched it so many times that he could quote the dialogue verbatim.
“Big wave surfing it's a different ball game. It's about how you perform when everything goes wrong. One bump off the face of that wave and you're hitting the water like concrete at 50 miles per hour. Then you got a thousand tons of water coming down on top of you.
“It's knocking you senseless, ripping you apart and pushing you down to a place that's so deep and so dark that you don't want to be there.”
So why do it?
“I have had a bit of “big wave” experience and things went wrong, but I survived.”
Bester can relate to it. He has had “big wave” experience at the World Championships, and he survived.
- Author Wilhelm de Swardt
Share this page
Published by Leonore Jordaan 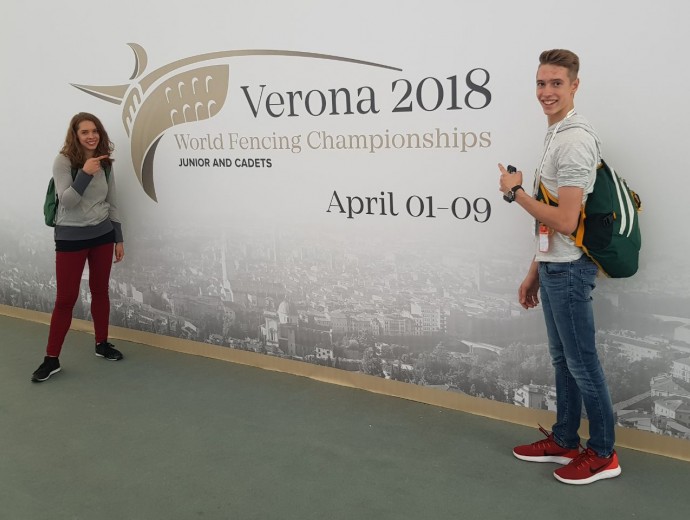