#TuksFencing: Flying the SA flag high at the Junior African Championships in Lagos

Natania and Christiaan Bester were the only TUKS Athletes to represent South Africa at the Junior African Fencing Championship held in Lagos Nigeria from 1 to 5 March.

Natania and her team mates won Bronze in the Junior Women’s Epee Team.

We would like to wish Natania and Christiaan all the best when they next represent the SA Junior Fencing Team at the Junior World Championships in Verona (Italy) to be held from 1 - 9 April 2018. 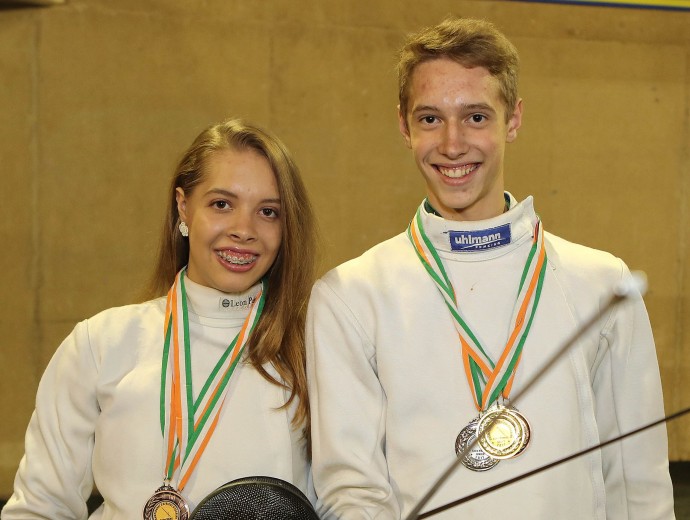