It would, in fact, not be wrong to state the club is where young players become match winners. The statistics prove it. Currently, 15 Assupol TuksCricket graduates are playing their trade in Cricket South Africa's provincial tournaments.

The TuksCricket graduates are making their presence felt. Aiden Markram (Titans) is currently the leading run-scorer in CSA's Four-Day tournament. Up to now, he has scored 781 runs at an average of 97.62. It includes four centuries and one fifty. His highest score so far is 204, not out.

Migael Pretorius (Knights) is the third most successful bowler, having taken 24 wickets at an average of 23.08. Makwetu, with 16, has got the most dismissals to his name.

De Swardt was one of the most effective bowlers in the Momentum One Day Cup Tournament, taking five wickets at an average of 16.20. Lungi Ngidi (Titans) took the third most wickets (10 at an average of 9.80) in CSA's T20 Challenge.

Every player admits that being at Assupol TuksCricket helped them get an "edge" on the pitch. There is a good reason for it.

Kruger van Wyk, Assupol TuksCricket Head of Programme & Head Coach is quite specific in what he expects from the players. According to him, there can never be any complacency.

"The real challenge for any young player should be to become genuine cricketing great. That entails dominating at the highest level for some time. The only way to do so is to put in the long hard hours."

One of the advantages of Assupol TuksCricket is that players are assisted by top scientists. When Ngidi came to the club, Dr Helen Bayne, who studied fast bowling biomechanics at the University of Western Australia, ensured that he was looked after properly.

She explained at the time that young fast bowlers need to be in good physical condition to handle the stresses associated with bowling and have good technique to minimise the forces at the spine and other joints. It meant Ngidi had to undergo a thorough assessment of his movement competency, strength, and flexibility.

Van Wyk also emphasised that at Assupol TuksCricket, it will never only be about winning trophies.

"It is vital that every player get to complete his studies. Earning a degree is a more significant achievement than scoring a century or taking wickets because any cricket career can only last so long. There is a real-life that awaits them. The players should be prepared. If one should make a difference to the benefit of everyone in South Africa, it is mission accomplished to us." 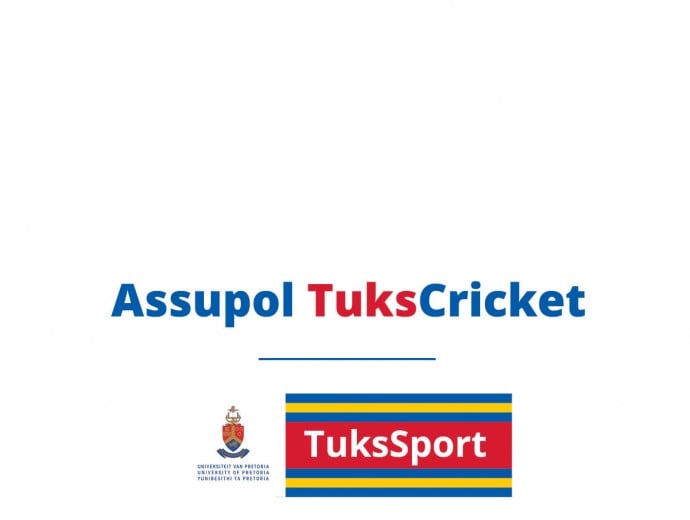