Professor Adekeye Adebajo writes a response to The Economist's special report on "China in Africa".

London-based The Economist magazine is an establishment Anglo-American mouthpiece that unapologetically promotes eurocentrism. Its notorious May 2000 cover depicting Africa as “the hopeless continent” and the equally odious accompanying essay by its then Africa editor, Richard Dowden, cemented the magazine’s reputation for prejudiced analyses about the non-Western world.

The special report on “China in Africa” in the May 28-June 3 edition by Gady Epstein, The Economist’s China affairs editor, and John McDermott, its Africa editor, though not quite as Afrophobic as Dowden’s jaundiced piece and certainly more nuanced, reveals a similar approach of viewing the continent through parochial Western lenses, stoking fears about China’s presence in Africa.

The research on which this piece is based is overwhelmingly Western. Only one England-based African scholar’s published work is cited, and no Chinese sources are cited. As bad as Chinese illegal gold mining and maltreatment of African workers may be, these surely pale in significance to five centuries of Western slavery, colonialism and neocolonialism.

Despite the authors’ own opinion polls showing that most Africans want Chinese money and trade, but not its autocratic political system — and many Africans rightly condemn widespread abuses against Uighurs and the harassment of China-based African students — the authors insist that Beijing promotes autocracy and that its building of roads wins elections in Africa. Leaders in Kenya and Ethiopia have in fact pursued rational national interest-driven policies of simultaneously seeking Chinese infrastructure and Western investment.

Epstein and McDermott further argue that Chinese aid comes with no political strings, as if the West ties its own aid to human rights observance in autocratic Uganda, Rwanda or Chad. Despite their own polling showing that Africans still overwhelmingly watch the government-funded BBC and France 24, the authors portray the Chinese state-funded CGTN as a threat to media freedom in Africa.

More positively, the authors note that China is Africa’s largest trading partner at $254bn, has lent African governments $160bn over the past two decades, and accounts for 20% of Africa’s industrial output. They highlight that 75%-90% of workers in Beijing’s projects on the continent are African, and that widespread Western complaints about Beijing entrapping African countries in crippling debt are untrue.

But the authors do not question their own prejudices in blaming China for behaving in ways similar to powerful Western countries. Such governments are instead assumed to be promoting democracy in Africa and not engaged in the same self-serving political arm-twisting and military expansionism as Beijing. We are told that China has cornered cobalt mines in the Democratic Republic of the Congo, without being informed about the decades-long monopolies of strategic minerals that France has maintained in its former colonies.

Beijing is said to prop up autocracy and foster corruption without any historical context being provided of America’s Cold War kleptocrats in Zaire and Somalia, or current autocratic clients in Egypt and Morocco. France’s notorious system of Françafrique has also kept autocrats in power in Togo, Gabon and Cameroon.

The most hypocritical charge against Beijing is the negative portrayal of its establishment of a 2,000-strong military base in Djibouti (half the number of US troops in the country), which is contrasted with America’s supposedly benevolent help to African countries fighting terrorists. The 6,000 US troops and contractors, and American military presence in a reported 20 African countries by 2015, are totally ignored.

Despite the Stockholm International Peace Research Institute citing the US (37%), Russia (20%), France (8.2%), and Germany (5.5%) as the four largest arms exporters to Africa between 2016 and 2020 — with China fifth at 5.2% — the authors disingenuously exclude North Africa from these figures to single out China and Russia, putting US exports at just 5%.

This distorted analysis is the clearest sign of the blinkered lenses through which many Western analysts view Sino-African relations.

Professor Adekeye Adebajo is professor and senior research fellow at the University of Pretoria’s Centre for the Advancement of Scholarship.

This article first appeared in Business Day on 26 June 2022. 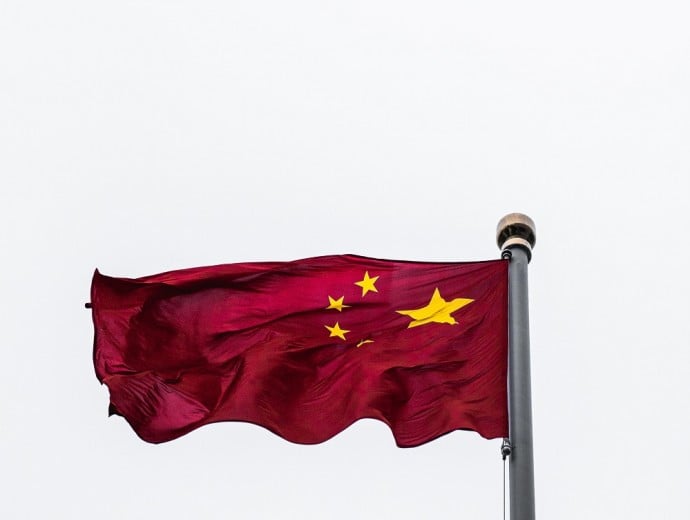