Professor Robin Crewe of South Africa was recently honoured by being inducted into the Hassan II Academy of Science and Technology of Morocco as a foreign associate member. He was one of two foreign members who were recognised during the plenary session of the Moroccan Academy held on the 26th February 2019 in Rabat, Morocco. Prof Crewe is seen in the photograph with from L-R Prof Mohamed Hassan (foreign member from Sudan), Prof. Bousmina, Chancellor of the Hassan II Academy of Science and Technology and Prof Omar Fassi-Fehri, the Permanent Secretary of the Academy and Prof. Crewe. The Academy Hassan II of Science and Technology was installed by His Majesty the King of Morocco, Mohammed VI, on May 18th, 2006. It is composed of national resident members and associate foreign members in equal number, and corresponding members who serve a four-year term of office, renewable once. All fellows are selected on merit and for outstanding scientific and technological contributions. The main aim of the Academy is to promote science and technology and scientific practice in Morocco and contribute to the international scientific common knowledge. The Academy also financially supports fundamental and applied research projects of national significance. It also provides independent advice to the national authorities on scientific policy and scientific research and scholarship issues of national importance and informs the public on scientific, technological and ethical matters. 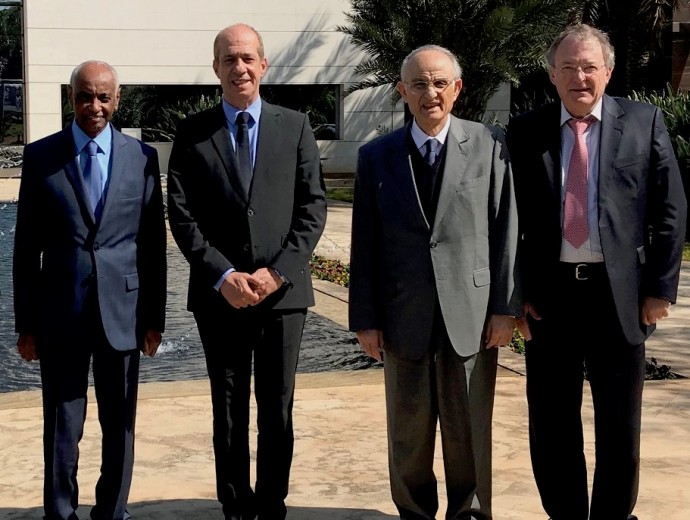