Opinion: The path towards a 'human economy' needs no help from elitist agendas

The 2017 World Economic Forum on Africa held recently in Durban saw Oxfam release a paper titled 'A human economy approach to inclusive growth in Africa'. Essentially the paper calls for accountable governments and responsible corporations. It's styled to fit into the global fight against inequality.

It begins with an abstract which declares that:

High levels of inequality across Africa have prevented much of the benefits of recent growth from reaching the continent's poorest people. To combat inequality in Africa, political and business leaders have to shape a profoundly different type of economy.

The paper comes across as a follow up to a series of Oxfam reports that deal with inequality. The latest of these reports was released at the World Economic Forum in Davos in February 2017. Noting that inequality levels are getting worse across the globe, that report offered some useful options about how to move away from these inequalities. These include more effective tax systems, more accountable governments, and some sort of benevolent corporations – or what Oxfam calls a 'human economy'.

For Oxfam then, hope for an egalitarian society lies in persuading elites to be more generous.

Oxfam's efforts to find solutions to the world's gross inequalities are welcome. The organisation does well to sound and sustain the alarm bell on a rather frightening global future if inequality continues at its current trajectory.

However, it must be noted that the human economy approach is not new. Civil society has called for a human economy approach for roughly two decades. It's a call for ordinary people to take control, as opposed to being on the receiving end, of economics. The grassroots tone and texture of this call must be protected from elitist distortion.

Oxfam seems to have usurped a grass rooted concept to serve it to the economic elites for them to deliberate on what to do with it. In doing so it's reinforcing power asymmetries that already exist.

It's about the people

The idea of a human economy, along with its objectives, method and principles, were laid out in the 2001 World Social Forum (a conference of civil society organisations from around the world), in Porto Alegre, Brazil.

The World Social Forum was established as an alternative to the World Economic Forum and sought to imagine alternatives to corporate globalisation. This was initially conceptualised as solidarity economy, people's economy, democratised economy, and other related notions.

From the 2001 and subsequent debates on the meaning of an alternative world, the human economy programme was established at South Africa's University of Pretoria in 2011. The programme was designed to create a more focused inquiry on bringing back 'human' concerns in economic reasoning.

Human economy, as we conceptualise at the University of Pretoria is not something to be achieved. It's already with us. People everywhere go about their daily lives to sustain their livelihoods. All that's needed is first to acknowledge and understand what people are doing, and secondly, to elevate it as policy.

Not a space for elitist interventions

What people do daily is undermined by elitist ideologies, often represented by bureaucratic organisations. Economic inequalities are likely to be solved by understanding what people do, and responding favourably through removing the constraints which undermine what they do.

Activities within the emerging black middle classes in South Africa provide a good example of how a human economy works. The black middle classes are heavily involved in sharing of their wealth at household level (what is disparagingly called 'black tax'), and by doing so they are involved in poverty reduction. This seems to be occurring regardless of whether the state intervenes or not.

Most black middle class South Africans spend their incomes on meeting their extended families' basic needs while at the same time trying to provide decent lifestyles for their children. This redistribution flux flows backwards to the past generation and forwards to the next generation.

Another good illustration of how the informal economy works comes from Kenya. Several slums in Kenya now use community currencies which protect them from volatility of the national currency. A community currency is a voucher system established by community members (and small businesses), to facilitate barter based transactions among members. The amount of currency on the voucher is based on the value of goods a registered member has.

In addition to encouraging transactions among members for mutual benefit, community currencies enable community members to use what they have in excess as a medium of exchange, and in this way their survival is not tied to brutal markets, which are controlled by national currencies, controlled by large corporations.

The people, not the elites, have the solution

Contrary to Oxfam's argument human economy is not and should not be played out in the same way that boardroom economists have perceived the poor: as desperate citizens who need to be rescued by the elite for the elite. Boardroom elitism should try to understand what people are doing to improve their human conditions rather than hastily proposing templates that serve the interests of elites.

Institutions such as Oxfam should perhaps realise that following large corporates (whether in Davos or Durban) to persuade them to share their wealth hasn't worked in the past. It's unlikely to start working now. Oxfam would do well to discover that these corporates are the problem, not the solution, and don't have it in them to produce solutions. The bottom 99% are not looking for a representative voice in elitist boardrooms because in this representation they will still remain powerless.

As the international coordinator of the Human Economy Programme Professor Keith Hart points out:

In the struggle with the corporations, we need to be very sure that we are human and they are not. The drive for economic democracy will not be won until that confusion has been cleared up.

This article has been enriched through discussions with Professor John Sharp, the national coordinator of the Human Economy Programme.

Dr Jason Musyoka is a Post-Doctoral Fellow at the University of Pretoria (UP)'s Human Economy Programme, and a member of the Advisory Board of the Centre for the Advancement of Scholarship at UP. 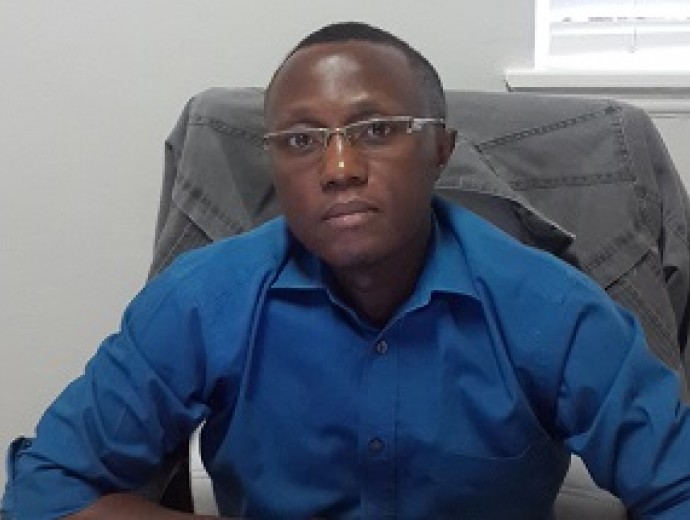