On 2 March 2017, the Centre for the Advancement of Scholarship (CAS) at University of Pretoria, hosted the launch of the last book authored by the late Professor Jan Boeyens, The Quantum Gamble. Professor Boeyens was writing and essentially completed the manuscript of the book at the time of his death on 25th August 2015. The manuscript was subsequently finalised and prepared for publication by his colleague and CAS research fellow, Dr Jannie Pretorius. The series of comments from Prof Werner Gries during Prof Boeyens’ writing of this work, are sincerely appreciated.

The book focuses on the history of quantum theory, as well as addressing open questions and remaining problems in terms of the plausibility of quantum chemistry and physics. It also provides insights into the theory of matter-wave mechanics. More information about the book, as well as purchasing information can be found here on Springer’s website.

“Jan Boeyens’ books discuss the fundamental basis of the physics of matter and quantum theory; their basis is a deep knowledge of the history of science, and they discuss features in quantum theory that are not much remembered and not directly included in modern computational chemistry—Jan’s books and ideas are not mainstream; they are disputable and therefore are interesting and scientifically important” (Boeyens, 2017).

The presentation Professor Comba gave at the book launch can be found here.

In his reflection on the book, Professor Roduner further emphasised the importance of this book, saying:

“We normally consider physics and chemistry to be exact sciences, implying intuitively that the laws of science had been derived from first principles. This is not true. All the laws of natural science, such as those of thermodynamics, are empirical, based on experience, and true only in the sense that nobody has found convincing evidence of the contrary. … So where is the gamble that the title of this book talks about? It comes in when we have a set of observations that we want to rationalise, and in order to do so we invent various models and analyse whether one of them can reproduce or predict the observations.”

A copy of the full statement by Professor Roduner on the book can be found here.

The foreword, preface and table of contents of the book is availble here and the epilogue of the book can be found here. 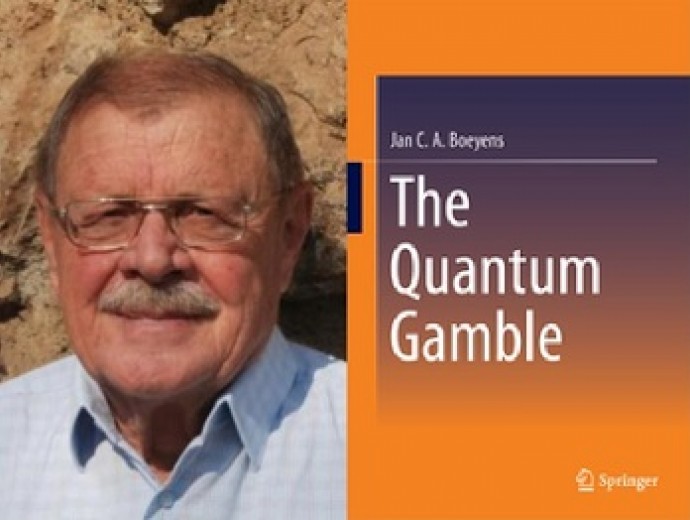