UP academic's latest book reviewed in the Financial Times

Professor Lorenzo Fioramonti, a full professor of Political Economy and the founding director of the Centre for the Study of Governance Innovation (GovInn) at the University of Pretoria (UP), has published a book titled The world after GDP: economics, politics and international relations in the post-growth era (Cambridge, 2017), which was reviewed in a full-page article in the Financial Times.

In his book, Prof Fioramonti argues that a country’s gross domestic product (GDP) is much more than a simple statistic and has in fact become the overarching benchmark of success and a powerful ordering principle at the heart of the global economy, but that the convergence of major economic, social and environmental crises has exposed the flaws of our economic system, which values GDP above all else as a measure of prosperity and growth.

Although Prof Fioramonti feels that the reviewer might have somewhat trivialised the book's overall conclusions, which call for radical transformation in the global economy, he is pleased that the review describes the work as 'thought provoking' and 'challenging', and finds it gratifying that a book that openly advocates for a world 'beyond economic growth' has received such attention by the world's prime financial newspaper.

In addition to the positions that he holds at UP, Prof Fioramonti is also a senior fellow at the Centre for Social Investment of the University of Heidelberg and the Hertie School of Governance in Germany, and an associate fellow at the United Nations University (UNU). He is the first and only Jean Monnet Chair in Africa – a prestigious recognition awarded by the European Commission to distinguished academics in the field of regional integration studies – and the UNESCO-UNU Chair in Regional Integration, Migration and Free Movement of People. He was also a recipient of the UP Exceptional Young Researcher Award in 2013. His research interests range from alternative economic paradigms to the governance of the commons, global political innovations and new forms of supranational regionalism.

Other books written by Prof Fioramonti include How numbers rule the world: the use and abuse of statistics in global politics (Zed Books, 2014) and Gross domestic problem: the politics behind the world’s most powerful number (Zed Books, 2013). The latter has been translated into seven languages and was awarded the UP Best of the Year Award for contributions in the fields of the humanities and social sciences. Various opinion pieces written by Prof Fioramonti have been included in publications such as The International New York Times, The Guardian, Harvard Business Review, Business Day, Die Presse, Das Parlament, Der Freitag, The Mail&Guardian and www.opendemocracy.net. 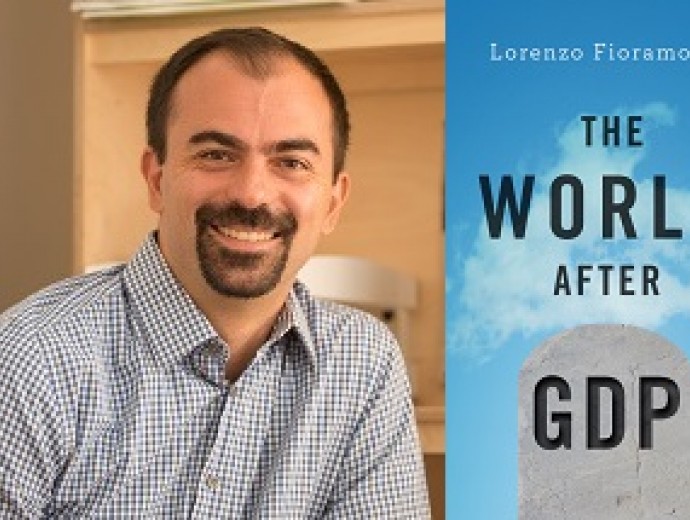