Dr Sihle Moon, a Research Fellow at the Centre for the Advancement of Scholarship and Lecturer in Developmental studies at the University of Pretoria (UP), recently published a book titled Political economy of state-making in post-apartheid South Africa, in which he traces and provides well considered political and ideological explanations for some of the most prominent obstacles confronting the South African transition from apartheid to an inclusive political system.

His central argument is that until the intellectual and ideological template underpinning the transition is fundamentally overhauled, the country is unlikely to fulfil former President and national icon Nelson Mandela's ideals of ending poverty and creating employment and equality for all. He further argues that the politics and policy framework that spring from the current status quo are essentially counter-developmental and only serve to reproduce the power structures and constructs that they are meant to overcome.

The book has elicited many positive reviews. Prof Sibusiso Vil-Nkomo, Chairman of the Mapungubwe Institute for Strategic Reflection (MISTRA) described his impressions of the book as follows: 'This research work opens up an opportunity for further scrutiny of South Africa's development challenges, from the dawn of democracy into the future. Scholars, policy-makers and students must seriously explore this book and make contributions that can help South Africa to continue advancing a people-centred political economy and development agenda.' Prof Keith Hart, Centennial Professor of Economic Anthropology at the London School of Economics, had the following to say about the publication: 'Sihle Moon has written a lucid account of developmental states, with special attention to South Africa under the ANC. He believes that the scope for developmentalism is on the increase and I support this suggestion. It means that the great swing between public and private interests is underway once more, with real prospects for development in the full sense of the word.'

Dr Moon holds a PhD from the University of York in the United Kingdom and has held various leadership positions in the ruling African National Congress (ANC), the South African Communist Party (SACP) and other state and non-state entities such as the National Education Coordinating Committee (NECC), the Services Sector Education and Training Authority (SSETA), and the Construction Sector Education and Training Authority. He is also a member of Council at the University of Witwatersrand. 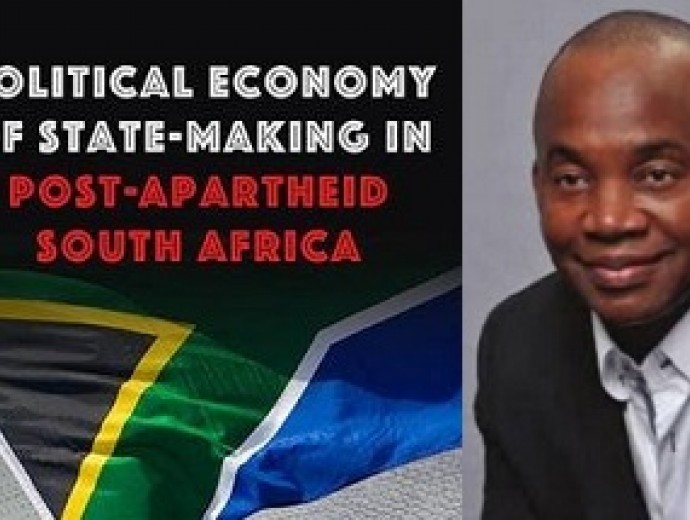