The first Ideas Lab 'scoping' meeting was held at the University of Pretoria (UP) in October, focusing on African Biodiversity and Sustainable Development. The meeting involved 24 participants from three institutions, with representatives from seven UP faculties, to get a broad perspective on the topic. The objectives of this meeting were to formalise the central 'challenge' around which the Ideas Lab will be developed and to identify how the expertise across the University can be linked around this theme. The Ideas Lab itself will build on ideas developed during the scoping meeting and will be held in 2017, hosted by Future Africa.

The Ideas Lab workshops will be a core part of the Future Africa initiative's aim to develop interdisciplinary research teams and networks between UP researchers and researchers in Africa and beyond. Ideas Lab workshops are extremely intensive, interactive and demanding five-day events involving 20 to 30 researchers from different disciplines or representatives from other sectors. Over the course of the events, participants work together to deepen their shared understanding of the identified challenge in order to redefine the problems within it and formulate innovative ideas for research proposals. Each workshop produces an inter-disciplinary research project that is risky, cutting-edge and unlikely to emerge naturally. Future Africa is partnering with Knowinnovation (KI), which has extensive experience facilitating Ideas Labs for major funders and universities around the world.

The broad theme of this particular planned Ideas Lab is 'African biodiversity and sustainable development'. Biodiversity is one of the most central and intersecting themes among the 17 UN Sustainable Development Goals, affecting all the others both directly and indirectly. Failure to engage with these intersections is arguably one of the main reasons why global pressure on biodiversity has continued to increase over past decades, despite exponential growth in knowledge about the subject.

The African continent has a wealth of natural resources, including eight of the worlds' biodiversity hotspots. While Africa is best known for its mammal diversity (25% of the world's species), it also harbours similar wealth in plant and microbial diversity, spread over vast, diverse and often extreme environments. This diversity is the life-blood that African societies have depended on for centuries. Sadly, much of it is hardly known or mapped, making it virtually impossible to protect before it degrades beyond recovery or disappears altogether, let alone being explored for development.

While biodiversity faces serious threats, alleviation of poverty and equitable development remain Africa's biggest and most urgent challenges. A critical future focus for Africa is therefore to reconcile its societal development needs with a uniquely African 'green revolution' that would aim at achieving wise use and protection of its ecosystems and bio-resources, while transforming its agriculture, fishery and forestry management.

Without cross-sectoral integration, biodiversity will remain a side-line issue in regional development policies, and extremely vulnerable. Addressing this challenge is the focus of the bio-resource economy (or bio-economy) strategy of the South African Department of Science and Technology (DST) and the African Union, and it is these burning questions that the 2017 Ideas Lab workshop will tackle. 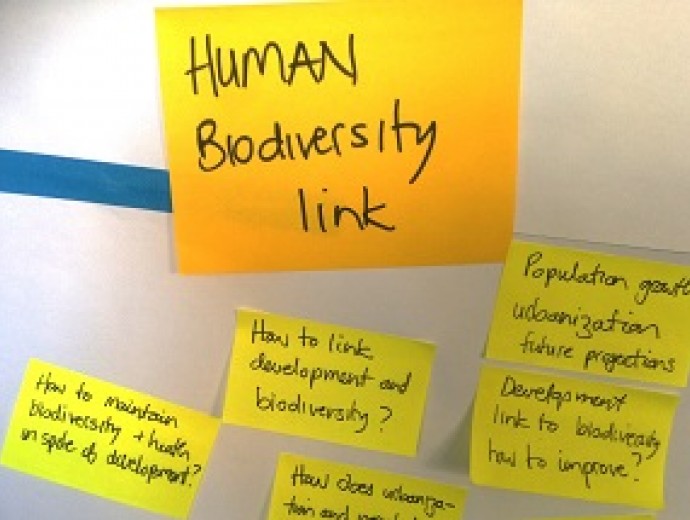