When Shaun Anderson takes aim on Friday during the Paralympic archery competition, he will do so in honour of his dad, who passed away due to contracting the COVID-19 virus.
"My dad is the one who always believed in me. He was so proud of what I had achieved. During his last days in the hospital, he still bragged about his son being an Olympian.
"One of his favourite sayings, when I was down and out, was 'tomorrow the world ends'. It might sound strange, but my dad meant that I should just get through the day. Tomorrow is a new start with a clean slate. I really miss him."
The Tuks based archer gets quite emotional when he talks about the people he has known who passed away due to COVID-19.
"So many people I had known passed away over the last few weeks. I have asked friends and family if they would mind if I put the names of their loved ones on my bow. It will be my way of honouring them as well during the Paralympic Games."
Anderson also competed at the 2016 Rio Paralympic Games. Unfortunately, things did not go quite as he had hoped. His bow's brace broke amid the competition. It meant he went from eighth in the qualifying round to last.
"During the lunch break, I cried like a 'baby'. I wondered why it had to happen to me. But then I promised myself that I am not going to be last. I managed to repair my bow. Over the second round of the competition, I shot the second-highest score."
According to Anderson, he has learned his lessons. This time around, he is not leaving anything to chance.
"I contacted coaches and athletes who were at the Tokyo Olympic Games to find out what the conditions are like. I have doubled checked all my equipment. It was crucial to make sure that both my bows shoot precisely the same.
"I have got a good feeling about this competition. If I can shoot the same scores that I have been shooting during training, I might cause an upset."
Anderson was left paralysed three years ago after a motorboat accident. Before that, his left arm was amputated after he was involved in a motorbike accident a few years ago. Still, feeling sorrow is not an option for him.
"The message I want to bring across is that people should refrain from making any assumptions when seeing someone in a wheelchair. We are still human. Actually, we are superhuman because it takes real courage to live life to the fullest, chasing your dreams after a severe setback.
"Don't get me wrong; I do have my off days. Sport is what keeps me going. Through my participation, I have learned to make peace with every setback that came my way."
The Tuks based archer will be competing on Friday from 02:00 (SA time) in the W1-category qualifying rounds.
- Author Wilhelm De Swardt
Share this page
Published by Bhekani Ndebele 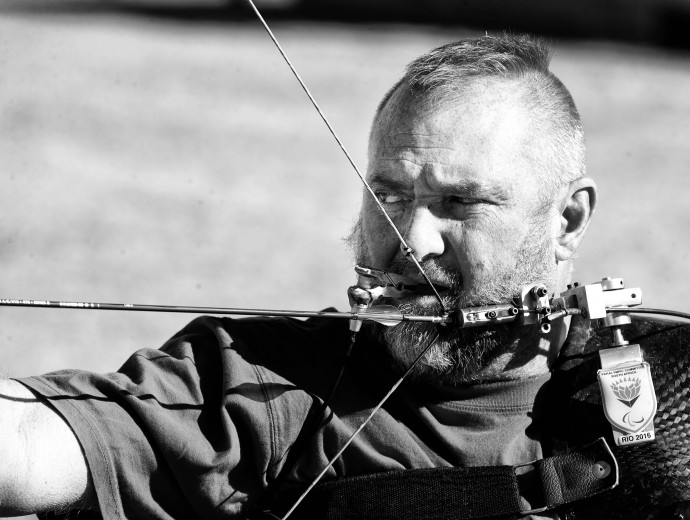