#TuksArchery: Philip Coates-Palgrave aims to switch off his “brain” at the Tokyo 2020 Paralympic Games in Japan

26 years ago, Philip Coates-Palgrave lost his left leg after being severely mauled by a hippo in the Zambezi River.

The incident changed his life. He could not work as a Canoe Tour Guide anymore. Being out on the water in nature was something he loved. The Tuks based archer, however, promised himself never to lose his zest for life.

That is why he is hoping to shoot bullseyes during the Tokyo 2020 Paralympic Games in Japan. But, of course, being an Olympic debutant, the 50-year old is not going to make bold predictions.

"My only goal is to get into the 'zone. The biggest mistake any archer can make is to overthink things when taking aim. After hours and hours of training, the body knows what needs to be done.  That is why I love archery. You actually got to switch off your brain," said the Tuks based Paralympian.

"If I can do so with every arrow, it will mean I will be shooting a good competition. Who knows what might happen then."

Coates-Palgrave is a relative newcomer to the sport.

"About six years ago, I decided I wanted to compete at the Paralympic Games, but I was unsure what sport I should take up. Then, for some unknown reason, I started to think about archery. So I did some research and got interested.

"The next step was to phone around to found how I can get started. I was told to call Shaun Anderson. At the time, he was competing at the 2016 Paralympic Games. When he got back, we spoke. Shaun agreed to coach me for a while. The rest, as it is said, is history."

Coates-Palgrave holds a national record in the 720-shooting, having shot a score of 691. On that day, he was in the zone. In 2019, he competed at the World Championships. He finished 17th in his category.

Anderson, who is also based at Tuks, will also compete in Tokyo.

On being asked what happened on that day 26 years ago, Coates-Palgrave said they were paddling about 20km downstream from the Mana Pools National Park. Suddenly he felt his canoe was going up in the air.

"It was a hippo coming up to breathe. I don't know who got the biggest fright, me or the hippo. It did not matter. The hippo immediately went on the attack. I got severely mauled. The hippo repeatedly bit into my left leg. According to the tour group, the attack lasted about three minutes.

"The worst was to come. It took 25 hours before I got to a hospital in Harare. Nobody had any painkillers. It felt like I was on a trip to hell." 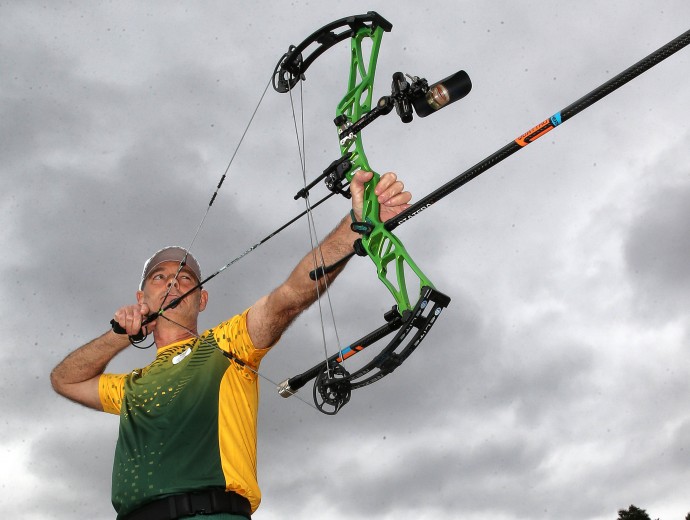