EXPERT OPINION: Ethical leadership in the current South African landscape – and the role of chartered accountants as leaders in the country

"Ethical leadership in the current South African landscape – and CA’s role as leaders in the country".
In the early days of my career, it was not common to see the word ‘ethical’ before ‘leadership’. It was commonly preceded by words such as visionary, strategic, etc. It is very rare these days for leadership discussions not to factor the ethical dimension.
In the university environment, we see our mission as educators who are ‘launching’ ethical influencers who re-imagine and co-create the future. If we go with John C Maxwell’s conception of leadership as influence, we are effectively aspiring to groom future ethical leaders.1 A recent academic paper has identified ethical behaviour as part of the soft skills and disposition associated with critical thinking required of accounting students.2 SAICA (the South Africa Institute of Chartered Accountants) itself defines a CA as a responsible leader who behaves ethically and create sustainable value for a wide range of stakeholders within an organisation. 3 Ethics and the concept of leadership have become inextricably intertwined.
The extent to which ethics has dominated leadership discourse is symptomatic of the current South African landscape. This landscape played out at the Zondo Commission, where tragic episodes of greed and unethical behaviour by those entrusted with leadership kept us at the edge of our seats. What was even more tragic was the accounting profession’s alleged complicity in the state capture activities. Financial reporting scandals in the private sector and the associated failures of the audit profession further eroded the moral authority of the accounting profession. However, great difficulties often offer great opportunities, and thus this difficult South African landscape presents CAs with an immense opportunity to steer the country in the right direction.
Importance of personal ethics
The extension of the concept of ethics from mere professional ethics to also include personal and business ethics as well as citizenship in the new Competency Framework is significant, as it recognises that ethical leadership does not begin and end with the SAICA Code of Professional Conduct, but is significantly broader. 4 Many of us have observed how leadership contests play out in politics and organisations. For example, campaigns embark on a search for any evidence of personal moral failure of an opponent whose leadership campaign is gaining traction. In some cases, when the evidence of personal moral failure is incontrovertible, supporters and financiers of the campaign quit. The promising candidate ultimately drops out of the race as the prospects of success dwindle.
The moral of the story is that personal governance precedes corporate governance. Personal ethics give leaders moral authority to confront ethical issues within their organisations. CAs who want to make significant ethical impact in their organisations must recognise that failure to give attention to personal ethics has the potential to erode their moral authority.
It is therefore critical for every CA to have a set of personal values to guide his or her conduct and decision-making and to ensure that ethics become part of his or her personal brand. These values become a critical guide when choosing which organisations to work for – about who to partner with in business. These choices are no longer solely premised on the vision, products, services and achievements, but also on the alignment of moral ethos.
Business ethics
Business ethics are defined as values upheld by the business across all its activities. The tone set by the top leadership is the most effective way to embed business values throughout the business operations. For example, the Remgro CEO said this about the ethical culture set by Rupert: ‘If he uses the company jet for personal purposes he immediately pays for it…and if his family fly on the plane he pays for them too, including the dogs. That’s the Remgro culture.’ 5 If CAs who assume top leadership roles can model such exemplary ethical behaviour, such conduct will likely reverberate throughout their organisations. 3 Not all CAs (SA) will be CEOs, but CAs can still set the ethical leadership tone in their own spheres of influence as managers, heads of departments, etc.
It is also important for ethics to be recognised as a business sustainability issue. Muller (as cited by Nkuhlu) states: “When people focus their energies on money (revenue and profits) they tend to lose sight of the ethical dimension of an activity and its potential impact on others.” 6 Using the King IV Report terminology, it implies that when a business has a pure capitalist-orientation, it abandons its corporate citizenship. Corporate citizenship is defined as the recognition that the organisation is an integral part of the broader society in which it operates, affording an organisation standing as a juristic person with rights in that society but also responsibilities and obligations.
South Africa has recently experienced a number of business scandals that exposed the ramifications of short-term profit maximisation focus on different stakeholders. The fall of these businesses from glory must serve as a cautionary tale and a reminder that business ethics constitute a business imperative. CAs can play a role by ensuring that profit maximisation pursuit is juxtaposed with considerations about ethics and impact business decisions have on people and the planet.
Conclusion
South Africa is a land of enormous potential weighed down by economic inequality and rampant corruption that threaten its social fabric. Our nation is crying out for ethical leadership, and CAs possess a myriad of skills to solve many of SA’s complex problems. However, technical abilities on their own do not suffice - they must be anchored on ethics to make a lasting impact on society. A strong ethical base in a professional, personal and business sense will catapult CAs to upper echelons of leadership across the society, allowing them to alter the moral landscape of SA and put it on a trajectory to achieve its fullest potential. To borrow from the CA definition, it will allow CAs ‘create sustainable value for a wide range of stakeholders.’
References

Kwena Maseko is a senior lecturer in the Department of Accounting at the University of Pretoria’s Faculty of Economic and Management Sciences.

This article originally appeared in the October 2021 issue of SAICA’s Accountancy SA magazine. 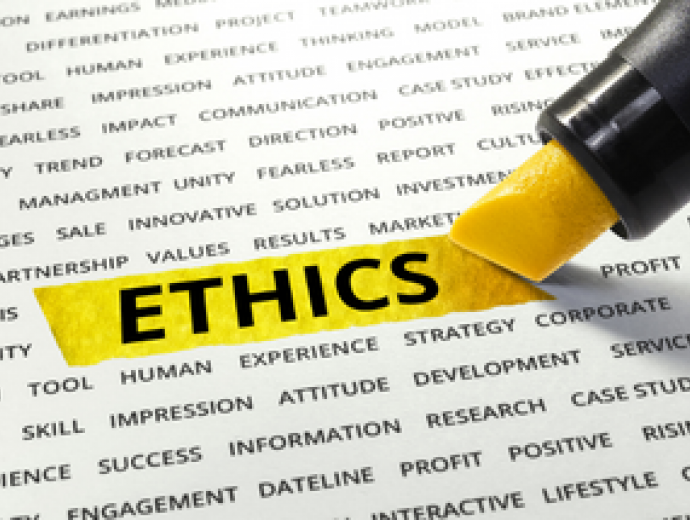