Perhaps contrary to your expectations, this article is not about the discovery of a new and revolutionary profit measure. Nor, I hasten to add, should it be confused with some mysterious Eastern religious greeting (DACNOHE to you too). Although I must admit that I live in daily expectation (fear?) of a company somewhere in the world announcing such an earnings number (or perhaps something a bit more sophisticated).
As a rule of thumb, there is an inverse relationship between the number of words used to describe earnings and its usefulness. The accounting regulators are well aware of this and warn investors that complicated earnings measures are usually intended to paint a rosier picture than what is actually the case1. This is one of the reasons that the accounting standard setters are currently strengthening the rules around the reporting of earnings measures. Even so, they also admit that they are unlikely to ever succeed in preventing companies from getting creative.
Leaving the accounting standard setters to play Don Quixote in their own time, let us rather consider a more intriguing question. It is generally accepted that modern investing is increasingly dominated by computer-driven strategies of both passive and active investors. With this in mind, it is puzzling that companies spend so much time in creating new (and verbose) earnings measures, which are unlikely to bamboozle artificial intelligence. We therefore have to ask, in the words of Dr Phil McGraw: “What are they getting out of it?”
Most investors and academics I speak to, advance one of two arguments to answer this question:

Proponents of this argument say that smaller companies fall largely outside the world of computer-based investing. They are too small to get into the important stock market indices (and are therefore ignored by passive funds) and their shares do not trade frequently enough to make computer-based investment strategies of active investors feasible. For these companies it makes sense to produce alternative earnings numbers, as it is easier to guide (mislead?) human investors than computers.
The problem with this argument is that larger companies are the real artists in this regard. In fact, smaller companies appear to be staffed by left-brained people who seldom come up with creative earnings measures. Consequently, this explanation quickly falls apart.

This argument holds that, although computer-based investing dominates modern financial markets, share prices are still set by a small number of human investors who follow active investment strategies. In other words, companies produce alternative earnings measures to influence decisions of the human investors. In turn, they determine the share price of the company while computer-based investors (whether passive or active) effectively follow the human investors’ decisions.
On the face of it, this argument initially appears sensible in the case of passive investment strategies. These strategies argue that individual investors cannot outperform the market. They let active investors lead and simply track the outcome of those decisions. The weakness here is the inherent assumption that the outcome of the collective decisions made by active investors is the right one, while arguing at the same time that active investors are being misled. To be blunt, it is not logical to have a strategy of following the first rat behind the Pied Piper.
Moreover, this explanation also presents problems when active investors use computer-based strategies. Here the argument is that computers can outperform human reasoning, either in speed or in quality of analysis. If the speed benefit holds, these investors should be leading, not following, human investors.
Computers can consume all of the information in a results announcement almost instantaneously without being distracted by the alternative earnings number highlighted (in 18 point font) at the top of the results announcement. Additionally, if the quality argument holds, computers should outperform humans in determining which earnings adjustments are valid and which are mere window-dressing.
Consequently, this explanation also fails to hold water. It is impossible to simultaneously believe that computer-based investment strategies are superior and that share prices are determined by a small misguided group of human investors.

Being dissatisfied with the explanations of others, I therefore offer one of my own (although I am open to any better suggestions out there). And here it is:
The various alternative earnings measurements are not an attempt to influence investors’ decisions at all.
Once you have recovered from the shock of such a heretical statement, think about what it would mean. Instead of trying to influence share prices, management might be trying to improve their remuneration (follow the money, as they say).
In other words, management end up saying: “Hey, business is terrible if you look at earnings. But wait, ignore all of these bad things that we can blame the government for, that were once-off, that we will never do again because we learnt our lesson (or whatever the flavour of the month is) and business is booming! We deserve our astronomical salaries, increases and bonuses this year!”
This appears to be an improvement over the other explanations as we can explain why there are so many new earnings measurements being dreamt up, without having to assume that humans or computers are not intelligent enough to see through them.
However, if we accept this explanation, we must also accept certain responsibilities as active investors. Firstly, identify and monitor the true value drivers in any business that you invest in. Secondly, challenge management’s assessment of performance whenever this does not relate to these value drivers.
It becomes our collective responsibility to send a clear message that management will no longer be allowed to reward themselves for improvements in DACNOHE (or whatever earnings number they decide to create). Instead, our new mantra ought to be: “Show us the money!”
1 Keynote speech of Hans Hoogervorst, chair of the International Accounting Standards Board, at the IFRS Foundation Conference, Leonardo Hotel, London, June 2019.
This article was originally published in the 36One Newsletter. Read the original article.
- Author Wessel Badenhorst
Share this page
Published by Liesl Oosthuizen 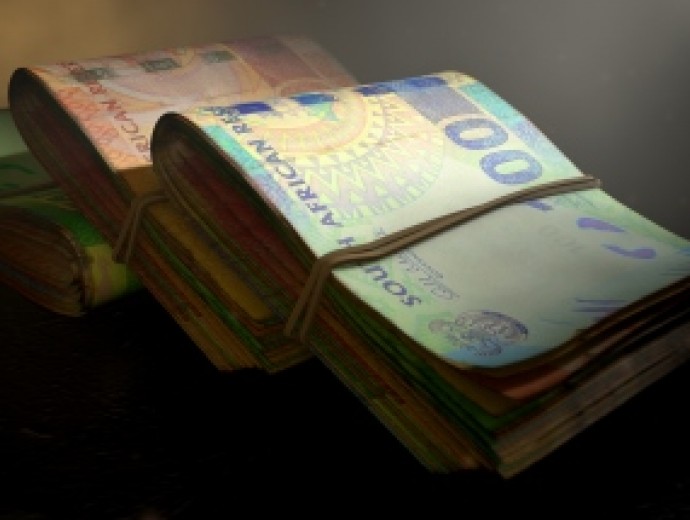