South African finalist Karl Frenzel, a BCom Accounting honours student at the University of Pretoria in 2016, has been awarded this year's Young Tax Professional of the Year title at the global final held in Amsterdam. His prize was a 30-day global tour on which he gained hands-on experience at EY offices in London, New York and Hong Kong. He had the opportunity to network with some of the world's leading tax professionals.
US representative, Tetiana Polonska, took second prize, a 10-day visit to one of EY's Area Tax Centers, while Jakob Kofoed Larsen of Denmark was awarded third prize, an invitation to participate in an EY international client conference where he would have the opportunity to explore the most pertinent issues facing the global business community. The Dibout Inclusive Leadership Award went to Samantha van den Hoek from the Netherlands, voted for by her peers for demonstrating exemplary leadership skills during the competition.
Young Tax Professional of the Year is a global competition run by the multinational professional services firm EY in which young and successful students, graduates and professionals are selected in countries across the world to participate and demonstrate their technical, professional and inclusive leadership skills in the field of taxation at an international final. Young Tax Professional of the Year was established by EY in 2010 to reward and foster the next generation of tax leaders. All competitors are selected in their home countries by EY in collaboration with local universities, and finalists hold their respective home country's title.
With the highest number of participants since the event began, 2016 saw candidates from the 28 represented countries convene to participate in technical workshops, case studies and interviews before a judging panel, which included EY leaders, academics and tax directors from major multinational companies.
Susan Pitter, Young Tax Professional of the Year sponsor and EY EMEIA Deputy Tax Services Leader, said: 'With the role of the tax function changing at such a fast pace due to disruptive forces, including globalisation and digitisation, businesses increasingly require tax professionals with a much broader range of skills than ever before. The war for talent has never been fiercer. Here at EY, we strongly believe in promoting the emergence of new talent in this new tax landscape.'
She added that the Young Tax Professional of the Year experience can offer a global opportunity for the next generation of professionals to shine. 'We hope all of the 2016 country winners will be motivated to go on to be the future leaders of our profession.'
- Author Faculty of Economic and Management Sciences
Published by Liesl Oosthuizen 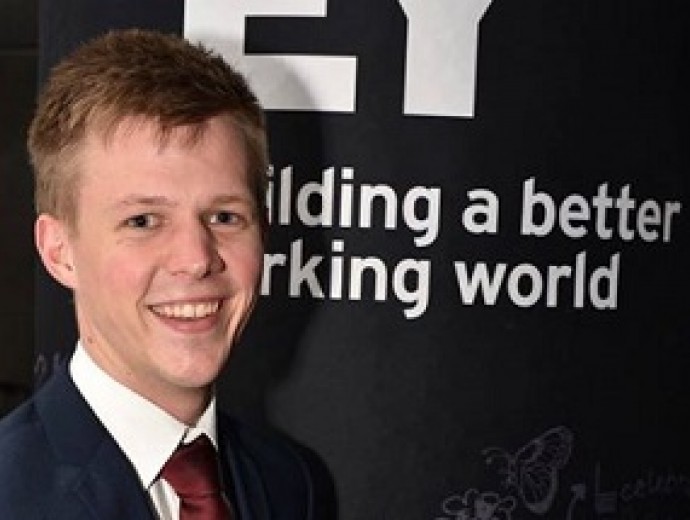