The Association to Advance Collegiate Schools of Business (AACSB International) has announced that the University of Pretoria's Gordon Institute of Business Science (GIBS) has earned its prestigious accreditation. Founded in 1916, AACSB International is the longest-serving global accrediting body for business schools that offer undergraduate, master's and doctorate degrees in business and accounting.

'AACSB congratulates the Gordon Institute of Business Science and Dean Nicola Kleyn on earning accreditation,' said Robert D Reid, Executive Vice President and Chief Accreditation Officer of AACSB International. 'AACSB accreditation represents the highest achievement for an educational institution that awards business degrees. The entire GIBS team – including the administration, faculty, directors, staff and students – are to be commended for their roles in earning accreditation.'

'We are delighted that GIBS has been awarded accreditation by the AACSB,' said Dean Nicola Kleyn. 'This commendation strengthens our resolve to continue to make a positive impact and drive excellence in business education in South Africa, and increasingly across the African continent.'

Accreditation requires a process of rigorous internal review, engagement with an AACSB-assigned mentor, and peer review. During this process, which takes several years, the school focuses on developing and implementing a plan to align with AACSB's accreditation standards. These standards require excellence in areas relating to strategic management and innovation; student, faculty, and staff as active participants; learning and teaching; and academic and professional engagement.

'It takes a great deal of self-evaluation and determination to earn AACSB accreditation, and I commend the Gordon Institute of Business Science for its dedication to management education, as well as its leadership in the community,' said Reid. 'Through accreditation, GIBS has not only met specific standards of excellence, but has also made a commitment to ongoing improvement to ensure that the institution will continue to deliver high-quality education to its students.'

Founded in 2000, the University of Pretoria's Gordon Institute of Business Science (GIBS) is an internationally accredited business school based in Johannesburg, South Africa's economic hub. As a business school, we focus on general management in dynamic markets to significantly improve responsible individual and organisational performance, primarily in the South African environment, but increasingly also in the broader African environment, by providing high-quality business and management education. In May 2016, the annual UK Financial Times Executive Education rankings, a global benchmark for providers of executive education, once again ranked GIBS as the top South African and African business school. This is the 13th consecutive year running in which that GIBS has been ranked among the top business schools worldwide. In October 2015, the GIBS MBA was ranked among the top 100 business schools globally in the prestigious Financial Times Executive MBA Rankings. GIBS is the only business school in Africa to feature in this ranking.

As the world's largest business education network connecting academe with business, AACSB provides business education intelligence, quality assurance and professional development services to more than 1 500 member organisations across 91 countries and territories. Founded in 1916, AACSB accreditation is the highest standard of quality in business education, with more than 775 business schools accredited worldwide. AACSB's global headquarters are located in Tampa, Florida, USA. Its Asia Pacific headquarters are in Singapore and those for Europe, the Middle East and Africa are in Amsterdam, the Netherlands. For more information, visit www.aacsb.edu. 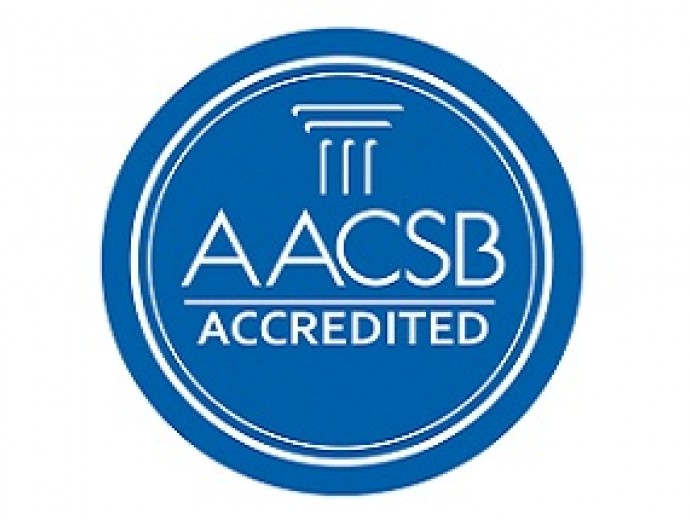