British High Commissioner speaks on the importance of integrated reporting

On 22 October 2015, the Albert Luthuli Centre for Responsible Leadership (ALCRL), in association with the British High Commission (Pretoria), PricewaterhouseCoopers (PwC), Old Mutual plc and the Institute for Chartered Accountants in England and Wales (ICAEW), hosted a roundtable event at PwC’s Business School with the theme, ‘Values as a blueprint for value creation’. This was one of a series of events taking place in Johannesburg and in the UK (London, 2016), and forms part of a larger project to establish a Centre of Excellence in Integrated Reporting at the ALCRL.

One of the main objectives of the evening was to provide some perspectives on the meaning of ‘value’. The event started off with an address from Her Excellency, the British High Commissioner, Judith Macgregor. The High Commissioner emphasised the importance of reporting not only on financial results but also on social and environmental impacts. Pieter Conradie, Programme Director of Integrated Reporting at the ALCRL, set the scene for the discussions, saying that corporations like to talk about value and use the word extensively in their integrated reports, but it is very rarely clear what they actually mean when they use it. ‘Our exploration of the meaning of this word in an integrated reporting context was done by means of the Barrett Values Centre mapping exercise, where a survey was completed by 47 participants and the results were analysed,’ Conradie explained. The roundtable discussions, which were grouped according to four disciplines (academic institutions, the public sector, the private sector, and accounting and consulting practices), dealt with the results of the Barrett assessment and how they relate to value creation from an integrated reporting perspective.

According to Rene Swart, Senior Researcher in Integrated Reporting at the ALCRL, the results were fascinating, not only in terms of what values are held by people from different spheres of work and life, but also the correlation (or lack of correlation) among individuals’ own personal values, the values of the organisations that they are part of, and what they would consider ideal values for an organisation. Swart said a key finding was that entropy (the amount of wasted energy and effort expended on potentially limiting values) was highest in academic institutions, and lowest in accounting and consulting firms.

One of the participants described the evening’s events as ‘out of the box and out of my comfort zone’ but also highlighted the fact that ‘although South Africa is a world leader in the discipline of integrated reporting, proponents everywhere are increasingly running the risk of paying lip service to the idea’.

A follow-up event will take place on 5 November, again at PwC’s Business School. During this event, Unilever will be presented as a case study to show the importance of values (personal and organisational) in value creation, as stipulated by the International Integrated Reporting Council’s Integrated Reporting Framework. This event will bring the roundtable discussions on ‘Values as the blueprint for value creation’ to a meaningful conclusion.

According to Pieter Conradie, the research done by the ALCRL in this field puts it at the forefront of international developments in academic research and practice. 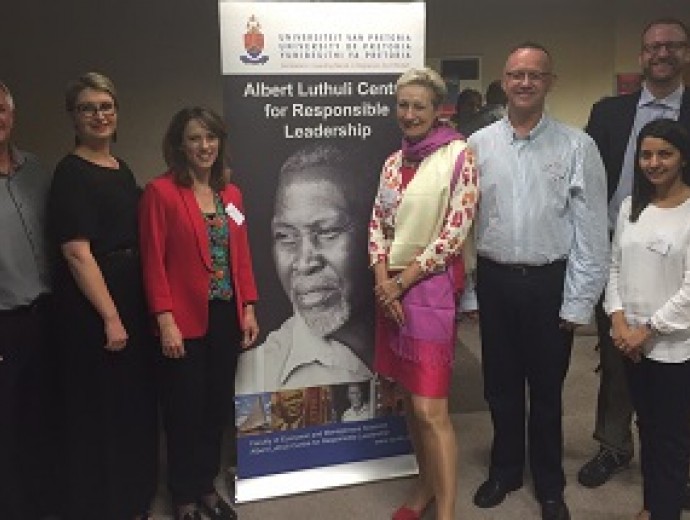