The MasterCard Foundation recently held its third Tertiary Scholars Program Convening in June during which university level scholars from across the Program came together to meet and talk about critical issues. Three University of Pretoria scholars, David Mahlangu, Nonduduzo Ndlovu and Goitse Boikanyo, participated in the Convening in Palo Alto, California, during the UP recess.

During the Convening issues around innovation and inspiration were explored. These issues, as defined by the CEO of The MasterCard Foundation, Reeta Roy, are original, interesting and untested ideas which require insight, revelation, persistence and a different way of thinking. The Convening looked at problems which have persisted and challenged the world, and particularly Africa. “The bedrock of the Convening was ‘Transformative Leadership’ and the relationship between technology and infrastructure and the social impact it has”, she said. She emphasised the qualities of integrity and ethics. Scholars were directed towards identifying and unpacking their individual values. They also spent time working on and developing their personal mission statement.

The last day was spent on the Stanford Campus. Being so close to Silicon Valley, the scholars were exposed to the exponential growth of technology. Four of the scholars shared their technological innovations with the others. Of their experience Nonduduzo said, ‘This weekend has challenged me to think differently and to take action. ’

The MasterCard Foundation Scholars Program, a ten-year, $500 million global education initiative, provides access to quality and relevant secondary and higher education for talented young people from economically disadvantaged communities, particularly in Africa, who are committed to giving back to their communities. It combines global interest in advancing the continent with South African excellence. The program commenced at the University of Pretoria in 2014 and has since been extended to other institutions in Africa. 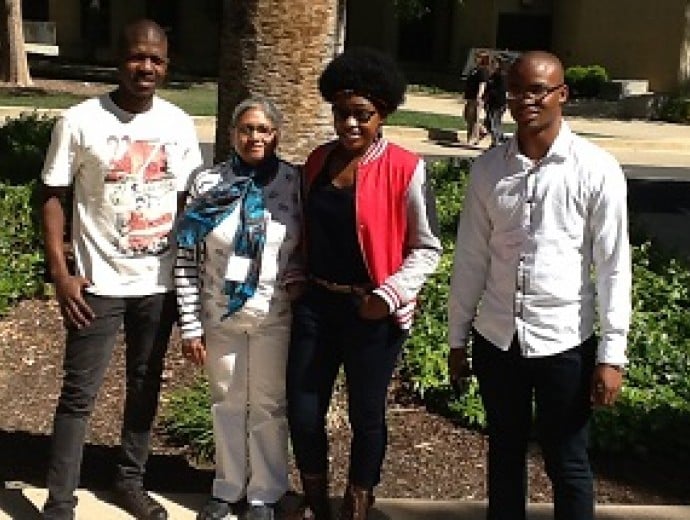