UP excels in the SAICA January 2015 ITC

The Chartered Accountancy students of the University of Pretoria have once again delivered an exceptional performance in the January 2015 Initial Test of Competence (ITC) of the South African Institute of Chartered Accountants (SAICA).

Two of the top ten candidates identified after writing the ITC, hailed from UP. Byron Forsberg occupied the first position out of 2 480 candidates who attempted the exam and Katrin Erb occupied the fifth position – both brilliant achievements!

Congratulations to all our students and their dedicated lecturers!

Click here for the original article (in Afrikaans) that appeared in the "Rapport" Newspaper on Sunday, 29 March 2015 or here for a translated version of the article (in English). 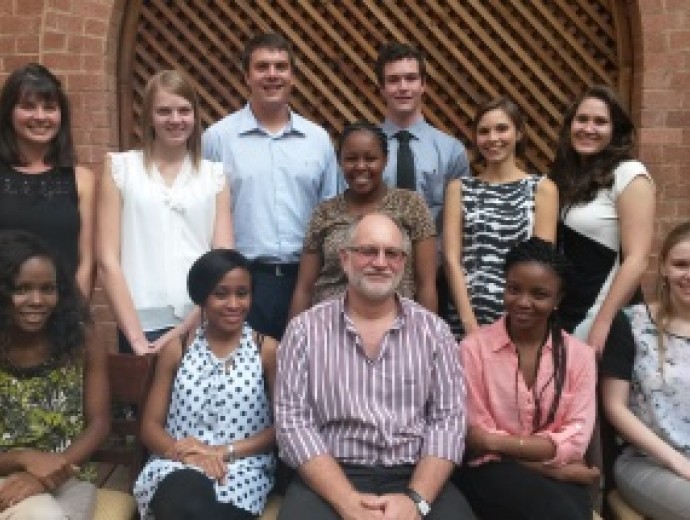 Prof JGI Oberholster, CA-Programme Manager of the Chartered Accountancy Programme with some of the January 2015 ITC candidates