#TuksTriathlon: Nortje addicted to the thrills and spills of triathlon

Dylan Nortje has been "boxed", battled to breathe and lost precious skin when crashing on his bike, but that is why he loves triathlon racing.

Every time the Tuks-triathlete lines up to compete, the only certainty is that there are never any guarantees. Any good athlete can get unstuck in mere seconds. Nortje would have it no other way. For him being a triathlete is "a rush". It is what motivates him to train 30 hours plus each week. Socialize is not a word he uses often.

Dedication has its rewards. At the recent African Sprint Cup-event at Masselspoort Nortje finished 7th overall, a mere 49 seconds behind Switzerland's Max Studer who won. More importantly, to him was being the second South African to cross the finish line.

"Wian Sullwald is one of my role models in triathlon. In the past, when we raced, he used to beat me easily by 40 seconds plus. This time the time difference was only two seconds. It shows I must be doing something right," explains Nortje.

The Tuks triathlete's next race is going to be the South African Championships in March in Durban. His main goal will be to win the under-23 competition again, but actually, the aim is to do better. Nortje has his sights set on an overall top-three finish.

"At 22, it is time to start broadening my horizons as a triathlete. That is why in June in Leeds I am hoping to compete in a World Triathlon Series-event for the first time."

Nortje is realistic as to the challenge that awaits him before he takes on the "big boys" of the sport.

"I need to improve my swim time by five to ten seconds. It is said you can't win a triathlon in the swim, but you certainly can lose it."

It is during the swim that things apparently become quite hectic. According to the Tuks-triathlete, the first 200 metres often is nothing more than a battle for survival.

"It is a case of anything goes. You get pulled down. Sometimes it feels like you might never get to breathe again. There are those athletes who prefer to swim with clenched fists sort 'boxing' their way to the front. Then there is always the risk of losing a swim cap or goggles. Being in a washing machine with rocks is a good way to describe what happens during the swim."

Despite being an experienced cyclist, Nortje has got quite a few stories to tell about highspeed wipeouts. The frustration during the cycling leg is often not the risk of crashing but mechanical failures at a crucial time. No amount of training can make up for it.

Nortje's philosophy, when it comes to the run is quite simple - run until you drop and then force yourself to continue going hard. There is no other choice. 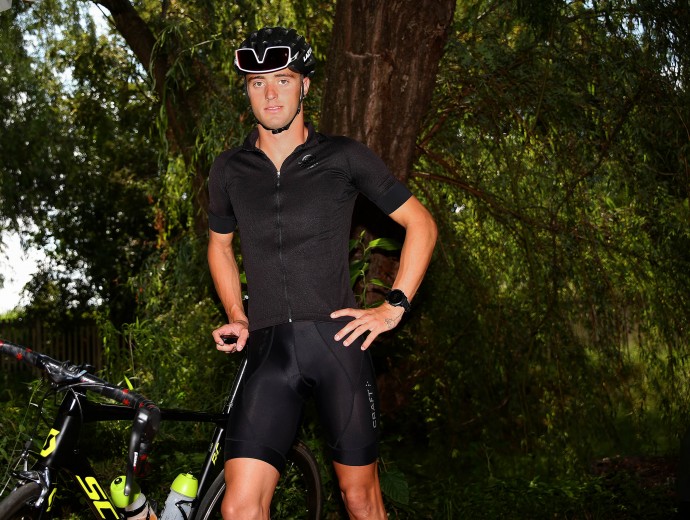