Henri Schoeman opened South Africa’s medal account this morning at the Gold Coast Commonwealth Games by winning the men’s triathlon race.
He won the 750m swim, 20km cycle and 5km run in a time 52 minutes and 31 seconds. Australia’s Jacob Birtwhistle was second in 52.38 and Scotland’s Mark Austin third in 52.44. South Africa’s Richard Murray finished sixth with Wian Sullwald completing the top 20.
“I am super stoked to see South Africa winning its first gold medal. Henri was brilliant today. He was second out of the water, did enough to ensure that the breakaway group stayed away during the cycle leg and gave a very dominant display on the run showing that his victory in Abu Dhabi World Series-race was no fluke,” said Lindsey Parry, South Africa’s triathlon coach.
He was impressed by Murray’s never say die attitude.
“Richard was in the 20th place, 24 seconds adrift of the leaders, coming out of the water. On the cycle, he did his utmost to try and close the gap. Unfortunately, I think he paid for his effort during the run.”
As far as Sullwald is concerned Parry said that the Tuks-athlete would be disappointed as to how his race played out.
“Wian is at that part of his career where he does not want to talk about gaining experience anymore, but it should be remembered it is only the second time that is competing in the Games. He went into the race, not a 100% fit. Last week competing in New Plymouth Wian withdrew after the swim. Today he had not a bad swim, did a lot of hard work on the bike, but ran out of legs over the last five kilometres,” said Parry who is based at Tuks/HPC.
Parry is confident that on Saturday South Africa’s triathletes can win a second medal competing in the mixed-relay race.
- Author Wilhelm de Swardt
Published by Leonore Jordaan 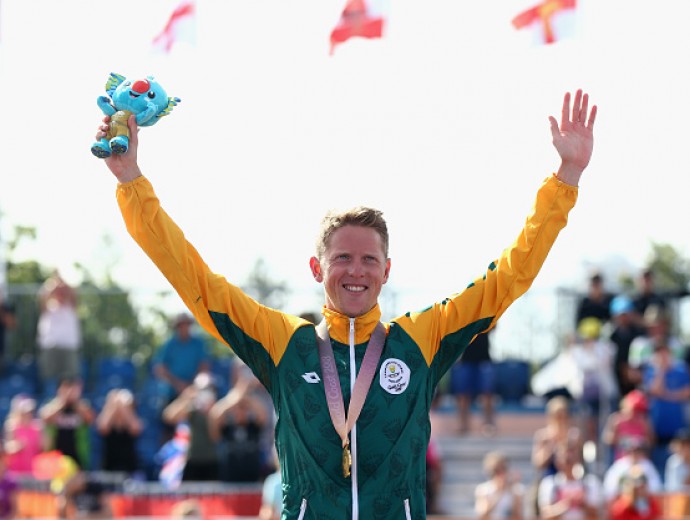