Tomorrow morning by the time most people go to work South Africa’s triathletes might have won the first medal at the Commonwealth Games at Australia’s Gold Coast
Richard Murray and Henri Schoeman are respectively ranked 2nd and 3rd for the 750m swim, 20km cycle and 5km run event and with just reason. Murray has already won two World Cup-races (Cape Town and Mooloolaba) this year while Schoeman outrode everybody on the cycle leg to win the Abu Dhabi World Series race.
Lindsey Parry who is the national triathlon coach said after watching Murray and Schoeman train this week, he could see that both of them are in good form. According to him, they are also highly motivated.
“There is definitely a medal on the cards for South Africa. It is going to boil down to as who wants it the most and can keep his cool. There is a real chance that both can medal, but then they really will need to be on top of their game especially since both England’s Brownlee brothers (Alistair and Jonny) are racing. They are formidable triathletes. Alistair has won the gold medal at the 2012 and 2016 Olympic Games while Jonny won bronze and silver,” said Parry.
Alistair Brownlee is the defending Commonwealth Games champion.
The Tuks/HPC based coach predicts that at least nine of the athletes who will be competing have a realist chance to medal. He considers Wian Sullwald (Tuks/HPC) as the one who can cause a major upset.
At last year’s World Series race in the Gold Coast Sullwald finished ninth while Schoeman was eight. The Commonwealth triathlon course is the same.
Simone Ackermann and Gillian Sanders are South Africa’s two female triathletes who will be competing.
Although it is highly unlikely Parry is of the opinion that it would be a mistake to discount their chances to medal entirely.
“Simone proved she is quite good when there is a breakaway situation during a race. During the Cape Town World Cup, she showed that she has gotten a lot stronger on the run and that is good.
“If the women’s race can stay together Gillian could surprise as she is solid on the run. Unfortunately, her swim has let her down in the past. Then again one of her best performances last year was at the Gold Coast when she finished ninth.”
The women’s race will tomorrow be broadcasted live from 01:30 on DStv Channel 213 and the men’s race from 05:00.
- Author Wilhelm de Swardt
Published by Leonore Jordaan 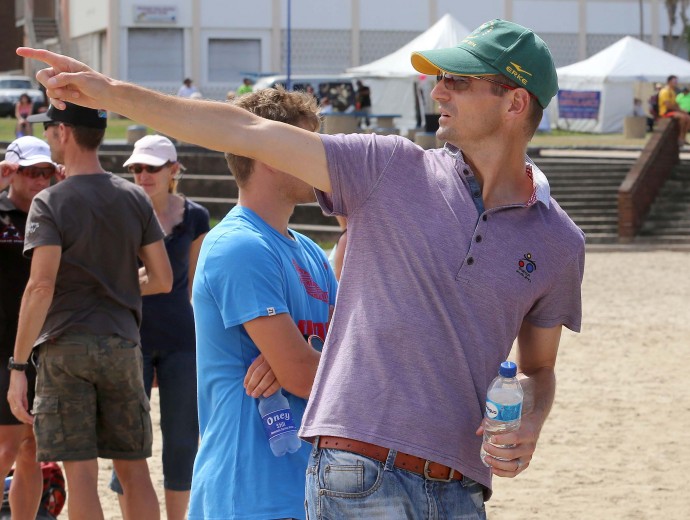