#TuksTriathlon: Sullwald improved his ranking in spite of crashing on his bike

Wian Sullwald improved his ranking in the Triathlon World Series by six positions on Saturday  (13/07) with his 13th place finish in Yokohama.
Triathlon is certainly one of South Africa’s top Olympic sports as there are three South Africans ranked in the top ten of the ITU World Series. Henri Schoeman (Olympic medallist) is ranked fourth, Richard Murray (5th) and Sullwald (8th).
Sullwald (Tuks/HPC) has bitter sweet feelings about how his race played out. He thinks that he might have crashed out from the jaws of a possible victory.
“I honestly feel that the race was mine to lose. I had the near perfect race up to the last kilometer of the cycling leg but then as luck would have it one of the athletes lost control of his bike and crashed taking me down with him. I cannot describe my emotions as I hit the tar. I was so frustrated. I could not believe it.
“While I was getting up I was faced with two choices: I could quit or I could defy my odds and continue racing. I chose the latter because I knew that if I quit my ranking was going to drop and I would miss out on some monetary opportunities.
“As I got back on my bike I realized that the frame was cracked. It meant that I had to ride really carefully to the transition to ensure that the frame does not snap through. I must have lost about 60 or more seconds to the race leaders through the crash.”
Sullwald started his run in 26th place and managed to move up to 13th.
Spain’s Mario Mola won the 1.5km swim, 40km cycle and 10km run in 1:48:15. His compatriot, Fernando Alarza, was second in 1:48:23, with Norway’s Kristian Blummen finishing third in 1:48:26. South Africa’s Henri Schoeman was fourth in 1:48:29. Sullwald was timed at 1:50:11.
The Tuks/HPC-athlete had planned to fly straight to Europe after the race but he will return to South Africa to get a new bike. His next race is next weekend in France. The week after he will compete in a World Cup-event.
- Author Wilhelm de Swardt
Published by Leonore Jordaan 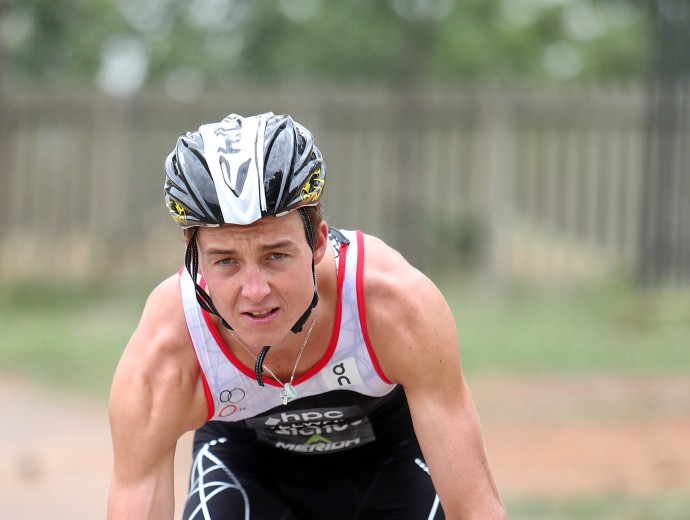