#TuksTriathlon: Sullwald is confident that his run of bad luck has come to an end

Wian Sullwald will set out this season to prove that bad things do not necessarily need to happen in threes when he lines up to compete at the Triathlon World Cup Event in Cape Town on Saturday, 11 February 2017.
The former junior world champion has had a string of bad luck over the last two years. The worst was when he contracted tick bite fever which really wreaked havoc with his immune system. It meant that he was never 100% fit to compete. To add to his frustration he also had to overcome a knee-injury as well as a few other untimely setbacks over the last two years.
His biggest disappointment was not being able to qualify for the Olympic Games in Rio. He really felt like he had hit rock bottom and all he wanted to do was to disappear into a big black hole.
Sullwald however is not one to dwell on the past. His believes that the past is a done deal and there is nothing he can do to change it.  The only thing that matters to him is to seize the moment. He firmly believes that in 2017 he will have his moment of glory on more than one occasion.
If he has his way the revival of his triathlon career will begin in Cape Town. Sullwald has fond memories about competing in the Mother City. The first World Series-event that he competed in was in 2014 and took place in Cape Town. With 5km to go he was still running shoulder to shoulder with the likes of Javier Gomez (Spain) and Jonathan Brownlee (Britain) two of the sport’s big names. The commentators were caught off guard by the newcomer not knowing who he is. He eventually finished 15th in the race.
If Sullwald manages to get a good result on Saturday it will be an indication that South Africa is becoming a real powerhouse in international triathlon.
Last year Henri Schoeman stunned everybody in the triathlon community by winning the bronze medal at the Rio Olympic Games. This achievement was followed Schoeman winning the gold medal at the ITU Grand Final in Cozumel. Richard Murray was fourth at last year’s Olympic Games and fourth in the Grand Final. He has also won a few World Series races.
Sullwald’s main goal is to be the third South African to represent South Africa at the World Championships and the Olympic Games.
He is certainly not unrealistic with his expectations. In spite of not being at his best he still managed to finish sixth at the Edmonton World Series-event.
In 2014 the last time when he was very competitive he won the Chengdu ITU Triathlon World Cup. Another highlight for him was snatching a 15th place finish at the Glasgow Commonwealth Games.
According to Sullwald he was at first frustrated about experiencing one setback after another.
“I realized what was happening to me is not unique. People starting out for example in an engineering career or as an accountant often also have to overcome various setbacks and disappointments before they succeed. To succeed it is not how many times you get knocked down that counts, it is how many times you get back up. I have a goal and I won’t quit until I have achieved it,” said the TuksSport athlete.
- Author Wilhelm de Swardt
Published by Leonore Jordaan 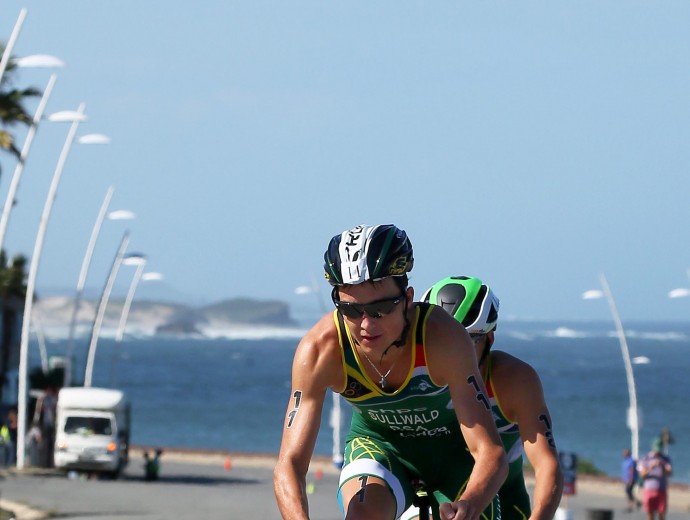