The next 12 days will boil down to the simple slogan: ‘Go big or stay home’ for the South African under-23 triathlon champion,  Wian Sullwald.

The Tuks/hpc athlete’s performances on Sunday (8 May2016) at the Cagliari World Cup in Italy and next Saturday (14 May 2016) at the World Series event in Yokohama will determine whether or not he qualifies for the Olympic Games in Rio.

Sullwald’s current ranking of 57th on the International Triathlon Union’s Olympic ranking list is not good enough. He needs to at least improve by 17 positions.

But all is not lost. Lindsey Parry (Head Coach at Tuks/HPC) is confident that it is still possible for Sullwald to qualify but it is not going to be easy.

“If Wian can get a top ten finish in Italy and finish in the top 20 in Yokohama he will have done what is needed. A top-five finish on Sunday will be even better because then he will not be under so much pressure in Japan.”

However, what will make things more challenging for Sullwald is that, with less than two weeks to go into the two-year Olympic qualification process, pressure is at an all-time high. The men’s start list will certainly be loaded with athletes who are on the verge of making their Olympic dreams come true.

According to Parry, Sullwald made a mistake in the transition from the swim to the cycle.

“This meant that he was not with the race leaders on the 20km cycle. There was no recovery after that. The cruel reality of racing at the highest level is that there is no margin for error.  Every second counts.”

Basson Engelbrecht (Tuks/hpc), who finished 44th in Cape Town, will also compete in the race on Sunday.

According to Parry, Engelbrecht also made a mistake in the first transition which put him out of contention.

“In Basson’s case, it can still be understood.  He is only 21 and is still learning his trade. He did not have the best of swims, which caused him to panic and make a mistake during the transition. I am confident that it will not happen again.”

On the International Triathlon Union website, Italy’s Alessandro Fabian is tipped to be one of the favourites. He is known for his speed on the run and seems to be a certain choice for the Italian Olympic team.  He will be ready to fly in front of his home crowd, which makes him a dangerous threat this coming weekend.

But Fabian will nevertheless have to contend with France’s Aurelien Raphael, who often leads out of the swim, as well as with Wian Sullwald (RSA), who is hungry for a strong finish to claim South Africa a third men’s spot at the Rio Olympics. 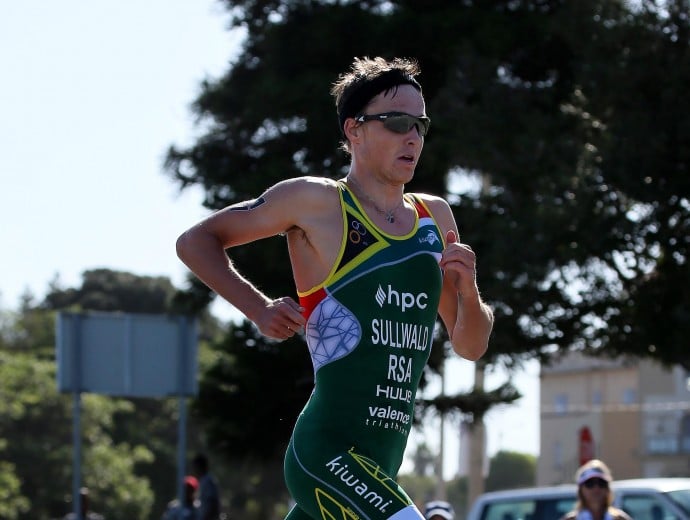