The biggest challenge South African rowers face daily is not to get boats to be faster on the water - it is overcoming Roodeplaatdam's water hyacinths.

The plants might just be why South Africa will not win medals at the World Championships. The head coach of the RMB National Squad based at Tuks, Tiago Loureiro, said they are losing a day and a half each week in which they can't row.

"It is frustrating. We got rowers driving through from Sunninghill in Johannesburg to Roodeplaatdam, just to find out they can't row. It is a wasted trip," Loureiro said.

"Right now, my priority is to make boats go faster. To do so means there has got to be a decent stretch of clean water on the dam. We have already moved over to the motorboat section of the dam in the hope to row.

"I still spend an enormous time clearing 'weed' in the time I am supposed to be coaching. On the days, we row; I arrive early to get into my motorboat to do circles and 'doughnuts' to clear a decent stretch of water.

"I have lost faith in the people saying that they are winning the 'battle' despite continuous efforts to eradicate the hyacinths. Only when I see plants dying will I start having faith in things getting better. I don't see it happening. Crop spraying is possibly the only viable solution, but there are bio-ecological factors that need to be considered."

According to Loureiro, to row at other dams is not viable due to limited resources.

"We can't waste money running away from hyacinths. We need to stick out."

"We are starting from scratch. That is why the Under-23 World Champs is important. We will enter a fours crew, but they are still very inexperienced. Most of them are still under-20 and at Tuks. Whether they are good or bad now is irrespective. It is about getting them started to be competitive for the 2024 Olympic Qualification Regatta. Hopefully, by the 2028 Games, they will be medal contenders."

As to his plans for the Senior World Championships, Loureiro said the main priority is to have a competitive men's pairs boat and a women's single lightweight sculls boat. The secondary men's boat is going to be single sculls.

As for the Tokyo Olympians, Loureiro said that Sandro Torrento (Tuks) already started training in October last year. Jake Green and Luc Daffarn (both Tuks) joined up in January.

"Kyle Schoonbee, Lawrence Brittain and John Smith have not yet started training, but it does not mean they have retired. I think they are taking the time to consider everything before making any final decision.

"The former lightweight single sculls world champion, Kirsten McCann, has decided to continue. The aim is to go all out to help her win another medal."

The one thing that worries Loureiro is that often South African rowers retire before they have fulfilled their potential.

"We need our rowers to still compete when they are between 28 and 32. Physically that is when they are at their peak. But it is challenging to retain athletes, especially in a sport where there is no money to be made.

"That is why Rowing South Africa is always looking for corporate partnerships to try and assign our rowers so at least they can earn some money while training." 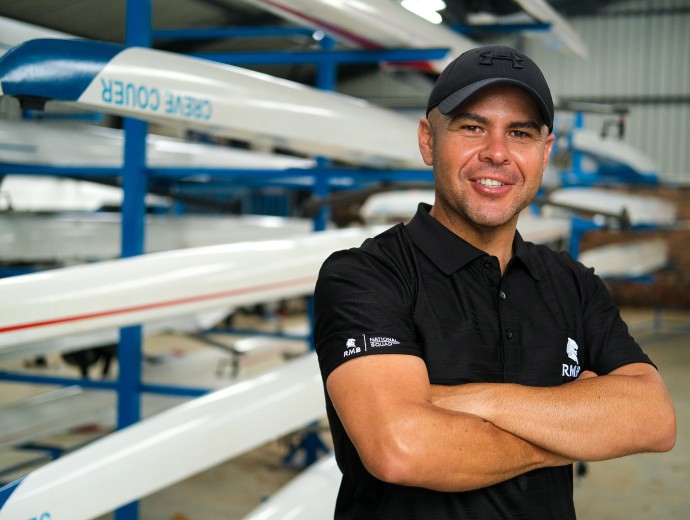