After winning the men's race yesterday during the USSA Boat Regatta in Port Alfred, the Tuks men's A-rowing crew can claim to be "12 not out".

Amazingly, the only thing that has kept on changing since 2009 is the seating of Tuks men's A-crews in the boat. The Boat Race results remained the same. Tuks wins. Their winning streak of 12 consecutive victories is possibly one of the longest in any South African sporting code.

Tuks and UJ squared off during yesterday's men's A-final. Tuks's coach Mpumi Geza said jokingly that he was still rowing for UJ the last time it happened.

The way Tuks gone about winning was impressive. UJ went out hard to take an early lead. It did not unsettle their rivals. Tuks focussed on what mattered, which was finding a good rhythm and stroke rate.

"Relieved" is the word Geza used to describe his feelings after the Tuks's men won.

"To coach a crew to win for the first time is always special, but the real reward is to get the same result with different rowers. It proves our process of leaving nothing to chance and always striving to find ways to get the boat to be faster still works, Geza said.

The Tuks's women's A-crew won for the fourth consecutive time beating UCT. There was a little drama when the oars of the two crews touched early on during the race. It is not allowed. That is why UCT got penalised. Not that it had any impact on the outcome.

Tuks's women were brilliant in the way they dominated the race. In the end, they managed to beat UCT by more than a minute. It is one of the most significant winning margins. Tuks's winning time was 18:51.55.

Geza describes their performance as one of the most outstanding of any Tuks crew.

"I am truly 'chuffed'. Emily Pollock and Katherine Williams are the only two left from the crew that won in 2019. So it was basically a novice crew. What helped is that we have worked on getting the 'girls' to master even the most minor aspect of their rowing techniques. There was also a lot emphasis on not letting the pressure get to them."

"I was part of the Tuks B-crew that won in 2019. This is my first victory in an A-crew boat. So I am beyond excited about the result," said the Tuks women's captain, Emma Pringle.

"I think the fight and hunger for gold that the crew had not only in the race but also in our training is a big reason as to why we were able to give the performance we did."

Both Tuks's men's and women's A-crews finished second in the A-final. 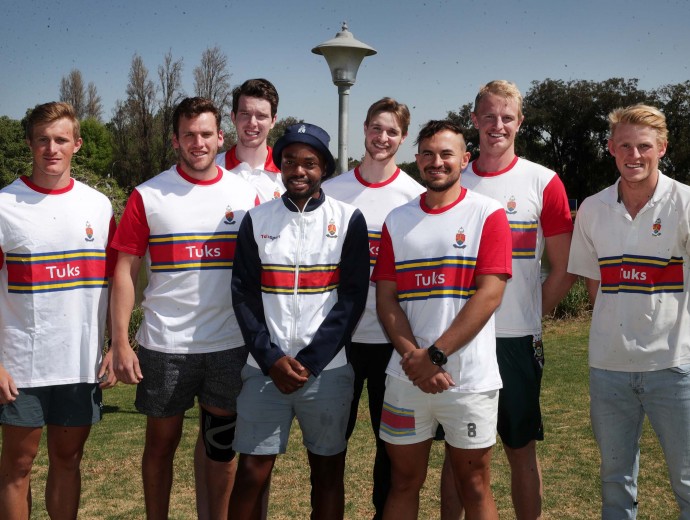