#TuksSport: “The culture at TuksRowing will always be to get ourselves prepared the best we can be.” — Mpumi Geza, Tuks head coach

The number 12 will undoubtedly be significant to Tuks men's A-rowing crew when competing at the 2021 USSA Boat Race Championships in Port Alfred.

In 2019, the crew made sport history when they won the race for an eleventh consecutive time. The only other team that ever came close to such dominance was Rhodes. They were unbeaten in ten races. Tuks's aim is to continue their winning streak.

But it might be challenging. It was Newton who said that "goes up must come down". It is certainly relevant to sport. No team can go on winning forever.

Mpumi Geza (Tuks coach) fully realises this, but for now, he is not contemplating any thoughts about losing. He is, however, not taking anything for granted.

"It will be a mistake to be obsessed about winning. The culture at TuksRowing will always be to get ourselves prepared the best we can be. I believe if our build-up is good, the result will take care of itself.

"The challenge is to see how we can match the times of past crews. In 2019 we had an incredible crew. Half of the guys were Olympians which means they were incredibly strong and fast.

"So relative to them, we are not too far off. This boat is about six to eight seconds slower, but I am not worried. We are pretty much on par compared to the speed we need to produce for the actual race. The current squad are faster than the guys who won the USSA Boat Race from 2016 to 2018."

The diminutive Teal Alves is the brain in this effort. She is responsible for steering the boat, coordinating the power and rhythm of the rowers.  If done right, her commands will help the rowers push past the pain barrier and keep pulling those oars when every muscle fibre tells them to stop. In 2019, she guided the Tuks women’s A-crew to victory.

Geza is quietly confident that the women's A-team will be victorious again despite lacking experience. They have won the previous three races.

"Katherine Williams and Emily Pollock are the only two remaining members of the team that won in 2019. Unfortunately, the Covid Pandemic made things difficult. The 'girls' hardly got to compete over the last two years.

"We mainly worked on how they should control their nerves and the execution of their rowing techniques. This is probably the youngest women's crew I coached in four years."

According to Geza, the men's B-crew also has a realistic chance of winning. 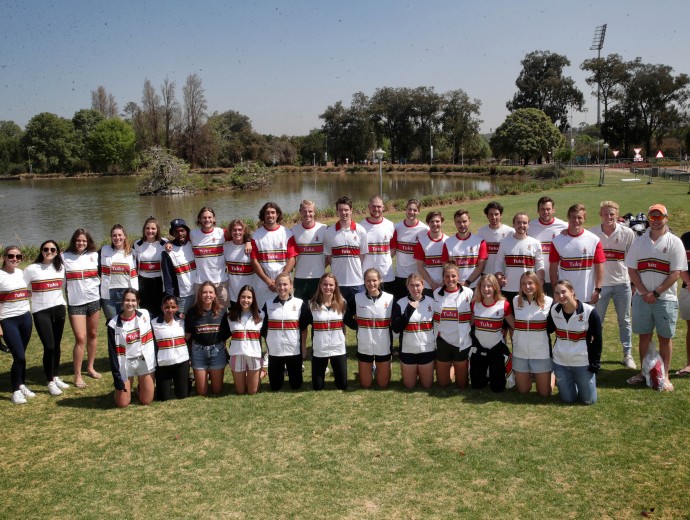