As a rower, John Smith can genuinely claim to have been there, done that, and has got the t-shirt to prove it.

The 31-year old rower has won two world titles and has been an Olympic champion. Still, his hunger to beat the best in the world has not weakened. Smith believes there is a medal to be won at the Tokyo Olympic Games and he is prepared to push boundaries to make it happen.

The Tuks based rower is part of the men's coxless fours crew. Sandro Torrente, Kyle Schoonbee and Lawrence Brittain are his teammates.

"We are definitely going into the Games as the underdogs. Britain and Australia must be the pre-race favourites. In the buildup to the Tokyo Games, the Aussies only lost once in five years while the British crew basically podiumed each time they raced."

Smith is not fazed by such statistics. To him, racing is about what happens out on the water. It is crew versus crew. The moment of truth when rowers get to know whether all the hours of hard work and sacrifices will pay off.

Hard work is the one thing every South African rower can relate to. According to Smith, they had been training 49 weeks each year, seven days a week in the build-up to the Tokyo 2020 Games.

"We were only allowed to rest every fifth Sunday. Even over the Christmas period, we trained. It did not matter where my wife and I went; my rowing machine and spin bike were the first things I packed. I trained for 90 minutes in the morning and 80 minutes in the afternoon.

"It is vital to keep grinding away day after day, keeping the body ticking over pushing out the big 'miles'. It has to be relentless if you want to be the best. You can't afford to take off a week here or there."

Tokyo is the third time that Smith is representing South Africa at the Olympic Games. The Tuks based rower debuted in 2012 in London, being part of the "Oarsome Foursome".

"Being a triple Olympian is crazy. To get gold in London was unbelievable. But, at the time, I was young and naive. I did not really understand what it took to win.

"I was way more prepared for the 2016 Rio Games. I thought we did everything right. But on the day, James Thompson and I did not get the result we dreamt about. We got 'burned'. We finished fourth in the final. Afterwards, I never knew such hurt.

"The aim in Tokyo is again the top spot. That is the mindset of a South African rower. We never settle for mediocrity. If you think about finishing second, rowing is not the sport for you. For us, it will always be about being the best you can be. We all want it so badly. That is why we have been putting ourselves through 'hell' every day." 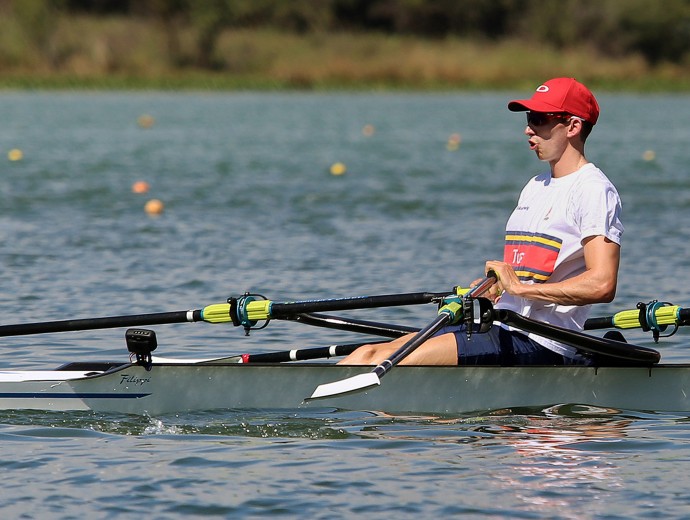