South Africa's rowers have a proud legacy of winning medals at the Olympic Games and World Rowing Championships.

Ever since the "Oarsome Foursome" won gold at the 2012 Olympic Games in London, hardly a year had gone by in which at least one South African crew did not medal at the Games or a World Championship.

It is a tradition Katherine Williams, Thabelo Masuthu and Stephane Pienaar will hope to continue this week when they compete at the World Rowing Under-23 Championships in the Czech Republic.

Masuthu is teaming up with Pienaar to compete in the men's pairs. Both got impressive rowing CV’s. Masuthu made rowing history in 2017 when he won a bronze medal at the World Junior Championships. It was the first time that a South African rower of colour medalled at a world championship.

Pienaar is the son of Francois Pienaar who captained the Springboks to World Cup glory in 1995.

2017 seems to be the year in which things happened in South African Rowing. Stephane Pienaar set a new world record for the individual 24-hour row completing 267 001 metres during the Concept2 World Records, hosted by his high school, Bishops. In 2019, he started rowing for Princeton University in the USA.

Williams got interested in rowing when she watched her dad compete at Roodeplaatdam as a little girl.

"I quickly on realised to be good in rowing requires definite skills. You don't only have to be strong. One can say a bit of a monster. There is also an endurance side to it. To be competitive means you got to find a balance between being strong and fit," the Tuks rower explained.

Williams will compete in the single sculls at the 2021 World Rowing U-23 Championships.

"What I love about it is that I only got to depend on myself in the boat. I got to take responsibility for whatever happens out on the water.

The Tuks rower has set her sights on qualifying for the A-final.

"It is a tough challenge, but I think I am up to it. During the South African Championships, I got to test myself against Namibia's Maike Diekmann, who will be competing at the Tokyo Olympic Games. I had the better of our duel. It proved that my training is on track."

As to tactics, Williams believes in keeping things simple. To her, it is all about consistency when she races.

"Some rowers like to up the pace from the start. For me, it is about holding a consistent speed. I would like to come in the second half of the race, gaining momentum, not fading. If I get up to a 34 stroke rate, I know I will have a good race." 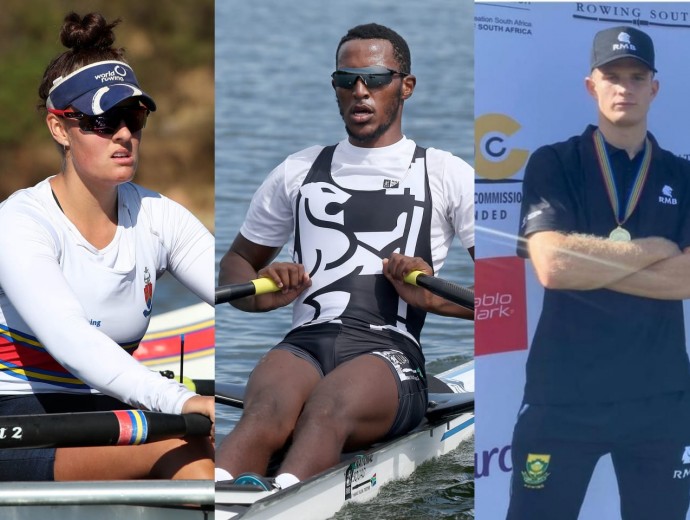