#TuksRowing: UP-Tuks rowers will be competing at the 2021 World Cup II in Swizterland

There is no respite for the South African men's four crew that qualified for the Tokyo 2020 Olympic Games. They will be competing in the World Cup II scheduled to take place from 21 to 23 May 2021 in Lucerne, Switzerland.

Luckily they don't need to win, at least for now. The only challenge is to be faster each time they race. To Kyle Schoonbee, it is the start of their journey to the Tokyo Olympics. That is why he cannot wait to start racing.

The past year had been, according to the Tuks based, Schoonbee, the most challenging of his rowing career. Hours and hours of training and sacrifices boiled down to a mere two days of racing.

The stakes were high over the past weekend. Crews had to win or finish second during the World Final Olympic Qualification Regatta in Switzerland. If they did not, it meant the end of an Olympic dream. The South Africans battled it out with Canada during the final.

"Only over the last 100 metres of the race, when we realised we are going to qualify, did every hardship we had to endure become worthwhile.  Still, from a personal perspective, the day will always hold bittersweet memories. My wife, Nicole, and Kirsten MacDonald failed to qualify in the lightweight women's double sculls. They finished fifth. They had to go through everything we had to."

According to Schoonbee, before it was decided that the fours crew will be the priority boat at the Tokyo Games, he and his Tuks based teammates, Lawrence Brittain, John Smith and Sandro Paulo Torrente had a fierce rivalry.

"After the 2019 World Championships, we had only qualified one boat for the Olympic Games. It meant only two of us could go to Tokyo. I teamed up with Lawrence while John and Sandro rowed together. We had some 'real' battles on the water. Every so often, we would row together in the fours boat. It made us realise we the fastest when we all row together. The challenge then became to qualify a second boat for the Games."

Smith will join a select small group of rowers when he settles in the boat during the Tokyo Games. In 2012, he was part of the lightweight fours crew that won a gold medal during the London Olympics. He went on to win gold with James Thompson in the lightweight double sculls during the 2014 World Championships. The two of them also competed at the 2016 Rio Games.

But there is a reason why Smith is arguably one of the best rowers in the world; he never shies away from a challenge. He has always been fond of saying what does not kill you make you stronger. Only a handful of rowers ever managed to compete at World Championships or Olympic Games as lightweight and heavyweight.

The Tuks-based, Jake Green and Luc Daffarn are the two rowers representing South Africa as a pair crew at the Tokyo Games. They will also compete over the weekend in Lucerne. 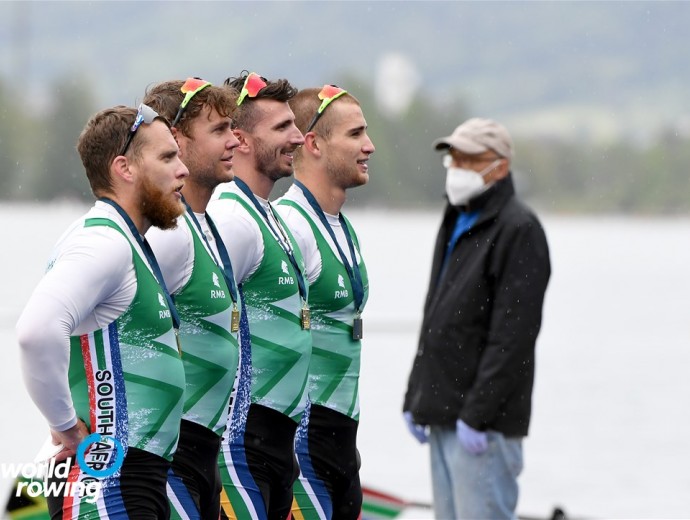