The South African men's four crew qualified for the Tokyo Olympics when they won gold with a time of 6:06.11 at the World Rowing Final Olympic Qualification Regatta in Lucerne, Switzerland on 18 May 2021.

With this victory, they ensured that South Africa will have two crews competing at the Games. During the previous World Championships, Lawrence Brittain and John Smith qualified a men's pair crew. The two Olympic veterans were also instrumental in helping the fours qualify.

The South African crew - Brittain, Kyle Schoonbee, Smith and Sandro Paulo Torrente - were impressive. They won all three of their races - heats, semi-final and final.

After the semi-finals, it was clear that the men's four would be a cracking race. The rowers certainly did not disappoint.  South Africa took the early lead in the final, with Canada and France behind. Canada decided to rate 40 strokes a minute down the entire course to catch the speedy South Africans. It was to no avail. The South Africans upped their stroke rate at crucial times to ensure they stay ahead.

The race was decided in the third quarter when Canada did not let up, and France faltered slightly – it was enough. Into the final sprint, France could not make up the deficit. South Africa and Canada took the two qualification places. A mere second separated the two crews.

Schoonbee, who is based at Tuks, described it as a good race. According to him, the hard work they did in the build-up to the Regatta paid off. As to Tokyo, he has got reason to be confident: "Obviously, we are going for one reason - that's to win.”

Since 2012, South Africa Rowing has got a proud legacy when it comes to the Olympic Games. In London, the South African men's lightweight four won gold in the coxless fours. Smith was part of that crew. In Rio 2016, Brittain and Shaun Keeling won silver in the men's pair.

The South African national rowing coach, Roger Barrow, is the man behind the Olympic success stories. He is considered to be the ultimate perfectionist being on a never-ending quest to find ways to enable his rowing crews to be that little bit faster so they could medal at the Olympic Games or World Championships. 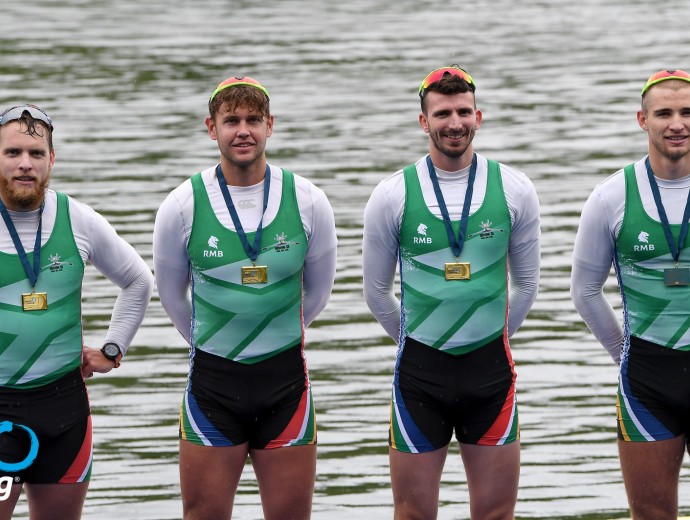