#TuksRowing: Betts loves the challenge of being faster all the time

It is pretty much the mindset Bradley Betts has when training with South Africa's Olympic rowing training squad. It is not as if he has a choice. South Africa's rowers have earned a reputation for being hardcore. Doing a 20km run on Christmas day is sort of the norm.

For the Tuks based rower, it boils down to perseverance. In dictionaries, the word is defined as persistence to do something despite difficulty or delay in achieving success.

"I enjoy the challenges that come with perseverance. It fits with who I am. Rowing is a sport where you never could be perfect. There is always more you can learn and gain from," explains Betts.

In 2018 he teamed up with Mzwandile Sotsaka to win bronze at the FISU World University Championships in Shanghai, China. They also won a gold medal during the 2018 Regata Internazionale Memorial Paolo da Loja in Italy. Last year he got to compete at the senior world championships for the first time.

The Tuks based rower has his sights set on helping a men's four crew qualify for the Tokyo Olympic Games.

It should be no surprise that Betts has taken a liking to being competitive on water. He grew up in Port Alfred. Surfing is sort of a family tradition. It is kind of expected to stay upright "riding a bomb" at least once.

While still at school he was also passionate about rugby and cricket. The turning point in his sports career came about when he went to Grey High School.

"The school had a rowing camp. I decided to give it a go as to me it was an excellent way to make friends. I sort of immediately took a liking to the sport.

"It might be because of the challenges. Rowing is all about pushing your body and mind to the limit. Weirdly I enjoy that 'hurt'. The sport made me realise that everything is possible. And then there is that sense of achievement one gets after a perfectly executed race. Sometimes it is hard to find the right words to describe how it felt."

Needless to say, the day Betts puts his rowing oar away for good is the day he is going to look for new ways to push the boundaries. Completing the Cape Epic mountain bike tour or doing the Sky Run is already in the back of his mind as is the idea to compete in adventure races. 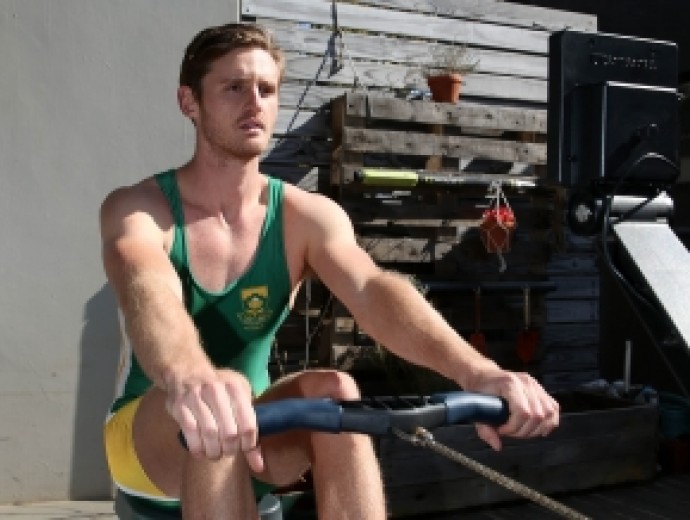